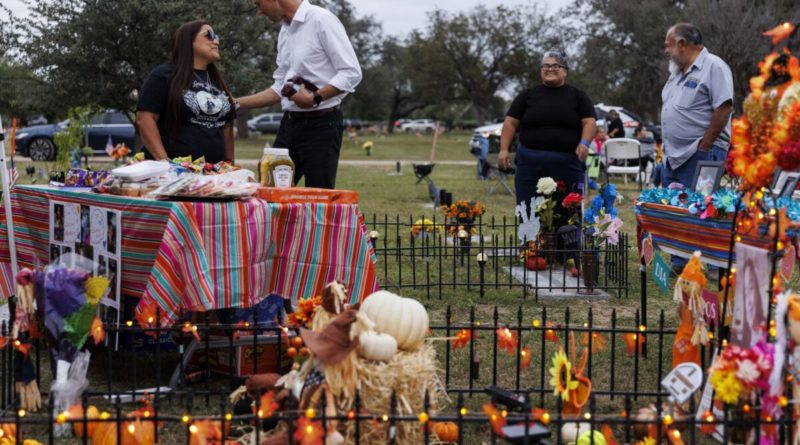 Six children were killed after a freak wind gust lifted the castle and several inflatable balls into the air during end-of-year celebrations on December 16, 2021.

People have been invited to leave flowers and messages of support on Thursday afternoon at a public commemoration in Devonport’s Market Square, not far from the school.

The school will hold a private service on Friday.

“People are at different stages of their grief process and acceptance,” he said.

The public commemoration will be live-streamed online and feature a sculpture inspired by the broken heart image widely shared on social media after the tragedy.

The 174 emergency services personnel involved in the immediate response are receiving ongoing counselling, with about a dozen not yet able to return to work.

Avery urged people to reach out if they need help.

“One year on, it has the potential to trigger reactions, emotions, depending on where you are through the cycle (of grief),” he said.

“The thing is to not bottle it up. If you’re not feeling right, go and get some help. Whether that be family, friends or someone professional.”

More than $1.4 million was raised for the victims’ families, and countless messages, toys and flowers were left outside the school.

“It’s a lovely community, and they’re all trying to help in their own way, whatever it takes,” Avery said.

“There’s no doubt the community is keen to assist each other as best they can.”

Planning for a permanent memorial, perhaps a garden or sculpture will be pursued next year.

The deaths of grade 5 and 6 students Zane Mellor, Peter Dodt, Addison Stewart, Jye Sheehan, Jalailah Jayne-Maree Jones and Chace Harrison will be investigated at a coronial inquest, which is yet to set dates for public hearings.

Zane’s mother, Georgie Burt, said her loss was difficult to put into words.

“The grief has not lessened, and it never will. To lose a child is the greatest pain that no human should have to bear,” she told News Corp Australia.

“I miss my beautiful son Zane. He was courageous, handsome, unquestionably unique, my first-born son, and my light in the darkest of rooms.

“He was my first love, I will miss him until I see him again.”