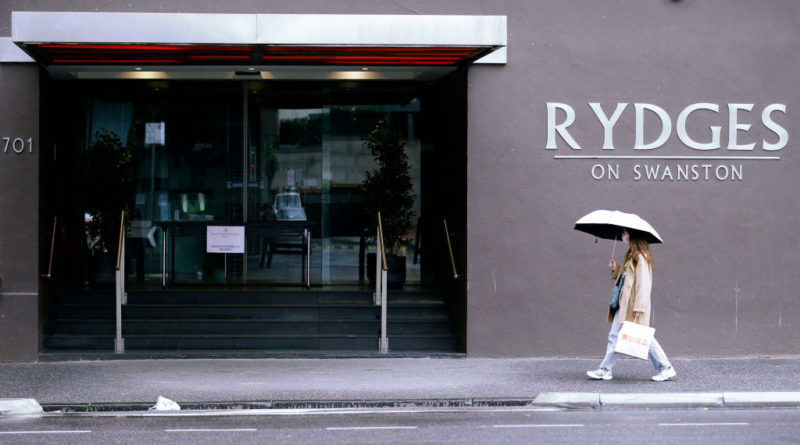 Until the advice was provided, the three security firms—Wilson Security, MSS Security and Unified Security—were allegedly left to implement their own infection control and PPE policies and procedures with their staff.

The news of the allegation follows a five-week committal hearing at the state’s magistrates court in which the court will determine whether sufficient evidence supports a conviction on the charges carried out by WorkSafe.

WorkSafe charged Victoria’s Department of Health in September 2021 with 58 breaches of the Occupational Health and Safety Act over the COVID-19 leaks from hotel quarantine that sparked the state’s deadly second wave.

On Nov. 28, the court was told that the state government contracted security firms Wilson Security, MSS Security and Unified Security to provide hotel quarantine service to hotels, and the security firms then, in turn, subcontracted work to other security companies.

The court was also told that it took six weeks for the Department of Health to provide Unified Security with guidelines on the use of PPE, and more than eight weeks for Wilson Security and MMS Security to receive the guidelines.

WorkSafe alleged that the department breached occupational health and safety laws by failing to provide security guards with face-to-face, expert infection prevention control training and written instructions, at least initially, on how to use PPE.

“Up until that point, the (security) guards had been following procedures set by the security companies,” WorkSafe barrister Daniel Gurvich KC told the court.

But when the advice was finally provided, the security guards were told to wear a mask only when physical distancing was not possible, WorkSafe alleged. WorkSafe claimed that this was insufficient to protect guards from contracting COVID-19.

Wilson Security general manager Gregory Watson told the court that the requirement to provide equipment was a “matter of conjecture” during contract negotiations between his company and the department.

Watson said that his company instructed security guards to wear a face mask at all times as the instructions from the department were not “always clear” and changed with short notice, reported The Age.

Masks and gloves were also in short supply at the time, so the company was left to “scurry around” and source equipment from overseas, Watson said.

Former MSS risk adviser Charles Hooper told the court that supervisors would contact Hooper if they were running low on masks, gloves and other equipment (PPE), and he would then personally deliver the items.

The role of the guards also shifted throughout the hotel quarantine program, from observing at a distance to more hands-on tasks, the court was told.

Guards were also made to accompany quarantined travellers on fresh air walks, and one guard was threatened with a $20,000 fine when they questioned the changes, Watson said.

“Up to that point, the instruction was that people would stay in their rooms,” Watson said. “We had no guidelines in terms of what’s acceptable and what isn’t.”

Additionally, a federal government-led online module about protective equipment, social distancing and other COVID-safe measures was the only formal training guards received before starting work, the court was told.

Victoria’s Department of Health was responsible for the state’s first hotel quarantine program from March 2020 and July 2020.

The hotel quarantine program, known as Operation Soteria (pdf), was designed to prevent International travellers from spreading COVID-19 in the community by undergoing a “14 days enforced quarantine.”

The court was told that 90 percent of cases in the state’s deadly second wave were traced back to six guards, a healthcare worker and an employee who contracted COVID-19 at the Rydges hotel on May 25, 2020.

The remaining 10 percent of cases were traced back to 26 guards and a department employee based at the Stamford from June 16.

The second wave resulted in more than 18,000 new infections, 800 deaths and a lockdown that lasted 112 days.

Of the 58 charges against the Department of Health by WorkSafe, 17 related to breaches of Section 21 (1) of the Operational Health and Safety (OHS) Act for the department failing to provide and maintain a safe working environment for its employees.

The remaining 41 charges were laid over breaches Section 23 (1) of the OHS Act, alleging that the department failed to ensure that persons other than employees were not exposed to health and safety risks.

“In all charges, WorkSafe alleges that DOH employees, Victorian Government Authorised Officers on secondment, or security guards were put at risk of serious illness or death through contracting COVID-19 from an infected returned traveller, another person working in the hotels or from a contaminated surface,” according to WorkSafe statement.

If found guilty, the department faces a possible total fine of more than $95 million (US$63.8 million).

Victoria Kelly-Clark and AAP contributed to this report.

Henry Jom is an Australian based reporter covering local Australia news.
Contact him at henry.jom@epochtimes.com.au. 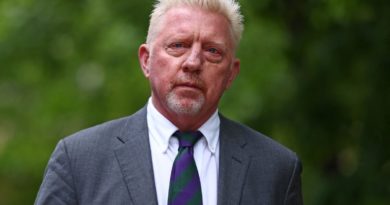 Man Dies in Spain After Being Gored During a Bull Run 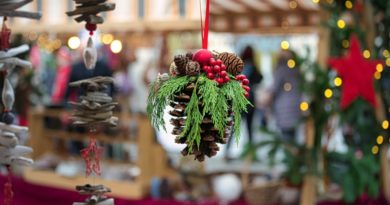