Indonesia’s Parliament on Tuesday approved a controversial criminal code banning sex outside of marriage, despite protests calling for its rejection on the grounds that the law undermines civil liberties.

Bambang Wuryanto, head of the parliamentary commission, said that they had gathered feedback on the revised criminal code in a transparent manner, particularly on provisions deemed controversial.

“The criminal code bill is a recodification attempt and open to all criminal provisions and responding to all developments in today’s society,” Bambang told reporters, according to local media.

The criminal code contains provisions penalizing sex outside of marriage with up to one year in jail and forbidding cohabitation between unmarried couples, which will apply to both local citizens and foreigners.

Such offenses can only be reported by limited parties, such as the perpetrators’ close relatives.

It also penalizes those who insult the president or express views against the national ideology. Abortion is also illegal under the draft law, except for rape victims. The use of black magic is also prohibited by the criminal code.

A group of people rallied outside the Parliament building on Monday, including students who claimed that some provisions are “anti-democratic, corrupting, and overly regulating private aspects of society,” according to local reports.

Thousands of Indonesians took part in the rally, and protests also broke out in other provinces of the country, including Papua and Aceh, Benar News reported.

Citra Referandum, director of the Indonesian Legal Aid Institute, who participated in the protest, said that they would continue to demonstrate against the criminal code.

“We will mobilize a bigger crowd at the House of Representatives tomorrow,” Citra told Benar News on Monday.

“Indonesia proposes to move down path of rights abusing disaster by criminalizing sex outside of marriage. This outrageous, rights abusing criminal code proposal violates international rights standards of privacy [and] will severely damage the country,” he said on Twitter.

The Indonesian government attempted to pass the criminal code in 2019, but nationwide protests prompted President Joko Widodo to halt its passage and call for a thorough review of the law. 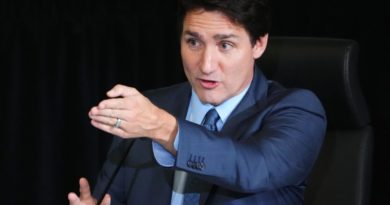