TOKYO—Japan’s army on Thursday fired five servicemen and punished four others in a sexual assault case brought by a former soldier, prompting a rare investigation across the Defense Ministry that found over 100 other complaints of harassment, officials said.

Rina Gonoi filed a sexual harassment case with the Defense Ministry last year, saying she had suffered multiple assaults by several male colleagues, causing her to give up her military career.

Of the five servicemen who were dismissed from the army, four had admitted their assaults and apologized to her in October. A fifth was found to be a mastermind of the four.

Additionally, the ministry punished four others. The then-commander of the company in Fukushima that Gonoi belonged to was suspended for six months for not carrying out proper investigation, while another one was reprimanded for verbal sexual harassment and two others were reprimanded for overlooking the problem.

Army chief Yoshihide Yoshida repeated his apology to Gonoi and said, “As head of this organization, I feel a strong sense of responsibility over (Gonoi’s) sorrow and pain.” He said he takes the problem seriously and is determined to “eradicate harassment.”

“I hope the four assailants, regardless of the seriousness of their punishment, sincerely take their responsibility,” Gonoi tweeted in response to the measure taken by the ministry Thursday.

The investigation into her case was dropped in May. After she quit the army and disclosed her allegations on social media, Gonoi submitted a petition signed by more than 100,000 people to the Defense Ministry in August seeking a reinvestigation of her allegations by a third party.

She also said that she had received information about dozens of other servicemembers who had been harassed while on duty, as well as from parents who were worried about the safety of their daughters in the military.

Preliminary results of a ministry-wide harassment investigation launched in response to Gonoi’s case found 1,414 complaints, the ministry said in a statement Thursday.

About 84 percent of the complaints were about power harassment, while sexual harassment accounted for 116 cases, or 7.7 percent said the ministry. By organization, the army was the most harassment-prone, with 822 cases, or 58 percent, followed by the navy’s 279 cases, or 19.7 percent, and the air force at 203 cases, or 14.4 percent.

Gonoi said she went public because she wanted to help others who cannot raise their voices. 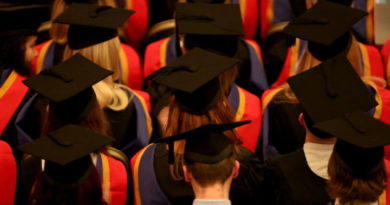