The Bank of Japan (BoJ) has decided to keep its interest rates below zero, and thus is the only major economy to do so while other key central banks raise interest rates in a bid to curb inflation.

Since 2016, Japan’s central bank has maintained its key interest rate at negative 0.1 percent. On Oct. 28, the Policy Board of the BoJ decided to keep the short-term policy interest rate unchanged, at 0.1 percent, according to a statement from the bank. In addition, the BoJ committed to keeping 10-year Japanese government bond yields around zero percent by purchasing a “necessary amount” of such bonds without setting an upper limit.

“The bank will offer to purchase 10-year government bonds at 0.25 percent every business day through fixed-rate purchase operations, unless it is highly likely that no bids will be submitted,” the BoJ said.

The BoJ’s move to keep interest rates low is in stark contrast to other major central banks around the world that are desperately raising rates. Just a day earlier, the European Central Bank announced another big rate hike of 75 basis points.

In the United States, the Federal Reserve has raised its benchmark interest rate from almost zero at the beginning of the year to a range of 3.0–3.25 percent, which is its highest level since 2008.

The difference between Japan and the United States, as well as the eurozone, is that while Tokyo’s inflation rate is low, the other two regions are going through a period of high inflationary pressure.

“The likelihood of the BoJ pivoting toward tightening is still small, as Japan’s inflation is not broad-based at all and is only rising about a third of the pace seen in Europe and the United States,” said Kyohei Morita, chief Japan economist at Nomura Securities, according to Bloomberg.

At a news conference, BoJ Governor Haruhiko Kuroda said that the agency expects wages to “gradually rise” as it reflects recent inflation, according to Reuters. The bank is not expecting inflation to stably and sustainably achieve 2 percent annual inflation next fiscal year.

Though the BoJ forecasts inflation for the 2022 fiscal to be at 2.9 percent, the bank sees it easing down to 1.6 percent in the following 12 months, which is well below its targeted inflation rate of 2 percent.

In a statement on Oct. 28, the BoJ said that it will continue with “quantitative and qualitative monetary easing with yield curve control,” with the aim of achieving a 2 percent inflation rate. It will also continue expanding the monetary base until inflation stays above the target in a stable manner.

“For the time being, while closely monitoring the impact of COVID-19, the bank will support financing, mainly of firms, and maintain stability in financial markets, and will not hesitate to take additional easing measures if necessary; it also expects short- and long-term policy interest rates to remain at their present or lower levels,” the bank said. 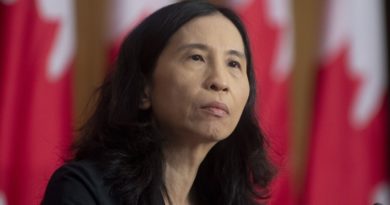 Canada Sought Help From U.S. on Paxlovid Use, Vaccination Messaging 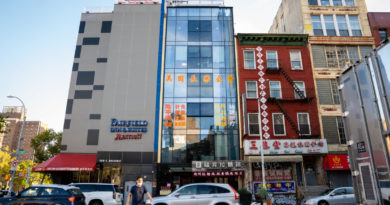