WikiLeaks founder Julian Assange has tested positive for COVID-19, his wife Stella Assange confirmed on Monday, adding that she is concerned for his health.

“Julian was feeling unwell last week but started feeling sick on Friday,” Stella Assange told the PA news agency. “He started coughing and had a fever. He was given some paracetamol. He tested positive for COVID on Saturday.”

Assange is wanted in the United States on 18 criminal charges of breaking an espionage law and conspiring to hack government computers after WikiLeaks published a U.S. military video in 2010 showing a 2007 attack by Apache helicopters in Baghdad that killed multiple civilians, including two Reuters news staff.

Assange faces up to 175 years behind bars if convicted. The WikiLeaks founder has argued that he will not get a fair trial in the United States if he is extradited there.

His wife said her husband’s health has deteriorated since he was sent to London’s high-security Belmarsh Prison in 2019 after being arrested for skipping bail during a separate legal battle. He previously sought refuge inside Ecuador’s London Embassy from 2012.

“I am obviously worried about him and the next few days will be crucial for his general health. He is now locked in his cell for 24 hours a day,” she said.

Assange had applied, unsuccessfully, to be released on bail in early 2020, citing the risk of contracting COVID-19 in prison as cases soared across the globe.

That request was denied by British judge Vanessa Baraitser who said there were substantial grounds for believing that Assange would not return to court to face an appeal by the United States over his extradition.

At the time, lawyers for Assange said he had suffered from four respiratory tract infections during the years he spent living in the Ecuadorean Embassy and had heart problems.

Assange’s latest health woes come after a group of journalists and lawyers filed a lawsuit against the CIA and its former Director Mike Pompeo over claims the agency spied on them when they visited Assange while he was living inside the Ecuadorian Embassy.

The lawsuit, which also names Spanish security firm Undercover Global as a defendant, was filed in the U.S. District Court for the Southern District of New York on Aug. 15.

Plaintiffs argue that the agency violated their Fourth Amendment rights against unreasonable search and seizure when they swiped information on electronic devices that they were required to surrender when visiting Assange at the embassy between January 2017 and March 2018.

They claim that the sweeping of the data from phones was authorized and approved by Pompeo. 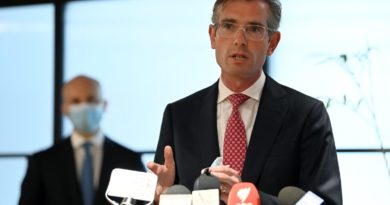 New South Wales May Be on Cusp of Stamp-Duty Reform