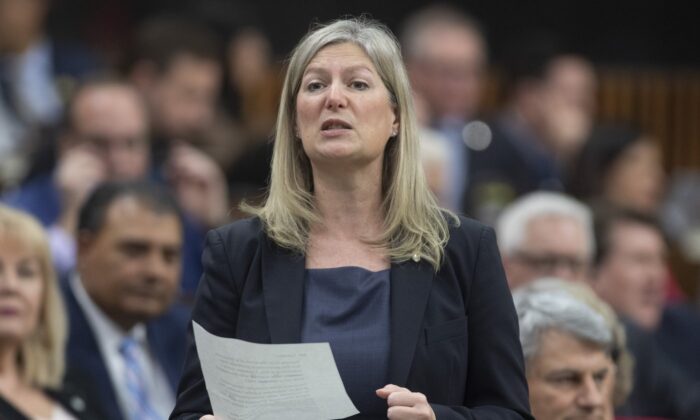 Leona Alleslev rises during Question Period in the House of Commons, March 9, 2020 in Ottawa. (The Canadian Press/Adrian Wyld)

The former MP says she has a solid foundation underpinning her campaign and is not behind the other candidates, despite only officially announcing today.

Alleslev is one of 11 people who have declared they want to replace former leader Erin O’Toole for the Conservative party’s top job.

Unlike others in the running, Alleslev was first elected to Parliament as a Liberal before she crossed the floor to join the Conservatives in 2018.

She says she made that decision on principle.