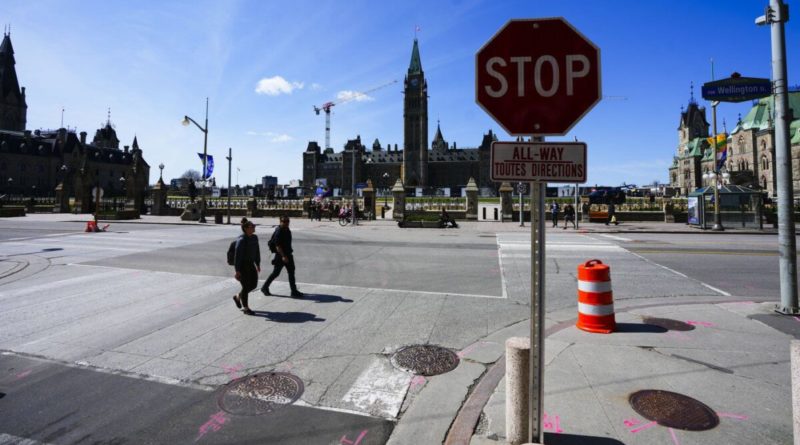 
Liberal MPs on a House of Commons committee that studied parliamentary security after the Freedom Convoy say Parliament Hill should expand to include nearby streets.

The Liberals say a land transfer should take place between the City of Ottawa and the federal public services department to allow Wellington Street and Sparks Street, a pedestrian street one block south of Parliament Hill, to become part of the precinct.

That’s a stronger position than the one taken by the majority of MPs on the committee, which only suggested the land transfer “if necessary.”

Conservatives disagree with the recommendations and say that politicians should not be in charge of security.

The committee’s eight recommendations include that the same streets be part of the Parliamentary Protective Service’s jurisdiction either way and that Wellington Street remain closed to traffic between Kent Street and the National War Memorial.

The road has been largely closed off since the clearing of the weeks-long “Freedom Conboy” protest against COVID-19 measures earlier this year that saw big rigs parked just outside of the parliamentary buildings.

The acting director of the protective service, Larry Brookson, has said that he would support bringing Wellington Street under his jurisdiction. The committee said it recognizes the “evolving threat environment” of the Hill and that the service should be provided “the necessary resources” to secure it.

“The right to grant the public access to the parliamentary precincts and the grounds of Parliament Hill belongs to Parliament, as an institution, and its membership. Security for parliamentarians, staff and the general public is essential, rather than incidental, to enabling Parliament to conduct its work,” the report from the procedure and House affairs committee concluded.

“The committee recognizes the importance of ensuring the safety and security of parliamentarians, staff and all persons within the parliamentary precinct, while seeking to preserve the welcoming and open character of the nation’s capital.”

The recommendations, released the day before the House of Commons takes a break for the holidays, emphasize that consultations and discussions with stakeholders should continue, including with Indigenous groups.

They also seem geared toward creating better communication among various police services to prevent confusion around how to respond to an unprecedented situation such as the February protests, which ultimately prompted the federal government to invoke special emergency powers.

The majority of MPs on the committee are calling for the creation of a new working group between parliamentary security officials, the Ottawa Police Service, the Ontario Provincial Police and the RCMP.

This group would “establish an effective and consistent plan in the event of incidents on Parliament Hill,” the report says. It would meet at least twice a year and start work on a “real post-mortem of the various incidents that have taken place on Parliament Hill over the past 20 years.”

That would include this year’s Freedom Convoy, but also the 2014 shootings that killed Cpl. Nathan Cirillo at the National War Memorial.

Government should establish “clear instructions” on the mandates of law enforcement and security partners, the committee is also recommending.

Conservatives took issue with the idea that government would be so heavily involved in security decisions and disagreed with the changes to Parliament Hill jurisdiction, saying the committee was going “too far, too fast.”

Experts should have been allowed to craft a joint proposal on the details of a security plan, a dissenting report from the Conservative Party said.

“We were pleased to hear that there are positive working relationships among the various partners and that the events of recent months have led to even greater awareness of Parliament’s unique situation as well as stronger inter-agency collaboration,” the Tories said, referring to witness testimony that contributed to the committee’s findings.

“In our view, the ever-evolving future of parliamentary security should leverage and enhance these dynamics, rather than be needlessly disrupted through the imposition of politicians’ instructions. To be certain, we did not hear a compelling argument from witnesses that politicians ought to wade in and give directions to policing and security professionals.” 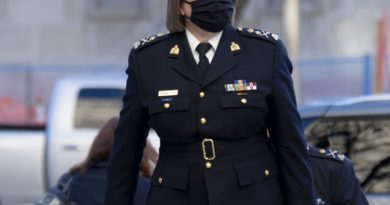