The UK could store enough power in underground reservoirs during the summer to get it through winter in the future, according to a report which backs hydrogen technology.

The Energy Networks Association said that by using the spare electricity generated by wind and solar farms during the summer to create hydrogen, the UK can meet its increased demand during the winter months.

A report from the trade body found that there is enough space in old oil and gas fields to store the hydrogen that households and businesses will need through the colder months.

The research was reviewed by British Gas owner Centrica and academics at Edinburgh University, among others.

It found that by using hydrogen in this way the number of wind turbines needed in the UK in 2050 could be 75 percent lower—as wind and other renewable generation would otherwise need to be able to meet peak demand on its own.

It estimated that between 60 and 80 gigawatt hours of hydrogen could be produced by the wind and solar farms during the warmer months—the equivalent of around 25 nuclear power plants.

One of the biggest challenges in renewables is how to store the energy that is produced.

On many occasions the electricity that is produced when the wind is blowing or the sun is shining is not needed at that point.

At the scale needed to supply a whole country, batteries are largely impractical, so engineers have come up with other ways of using wind-generated electricity at times when it is not needed to do something that can generate power later.

One of the solutions is to pump water from one lake to another which is higher up a hill when electricity demand is lower than supply.

Then when demand increases the water can be let back down into the lower lake, passing through a generator on the way.

Hydrogen is another possible solution. It is possible to split water molecules into hydrogen and oxygen molecules, but the process uses a lot of electricity.

Producers can use excess electricity to make hydrogen during off-peak hours, or even off-peak months, and then burn it when demand is higher. Burning hydrogen is clean and only produces water vapor.

A vast majority of hydrogen produced today is made from gas. Proponents argue that it is possible to capture most of the carbon emissions when splitting the gas molecules.

Chris Train, green gas champion at the Energy Networks Association, said: “This research shows how green hydrogen can provide a clean energy bumper that can protect us from fluctuations on the international energy markets, 24 hours a day, 365 days a year—whatever the weather, come rain or sunshine.

“It will also allow us to get the most out of the energy infrastructure that is at the forefront of our renewable revolution, whilst ensuring that we have a net-zero energy system that is truly a system for all seasons.” 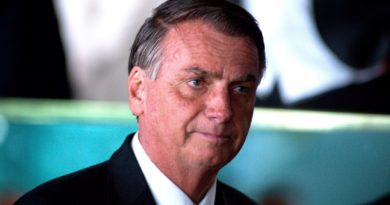 Australians Are Supportive of a Federal Human Rights Act