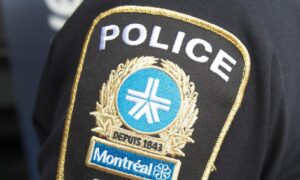 MONTREAL—A man accused of the attempted murder of a Montreal police officer in January appeared before a judge today.

The suspect was arrested in Toronto on Thursday in connection with a Jan. 28 attack on Const. Sanjay Vig.

The alleged assault occurred during a traffic stop that initially resulted in an innocent man being arrested and detained for six days.

Mamadi III Fara Camara was ultimately released and absolved of involvement in the attack.

Ngarukiye was represented in court by a legal aid lawyer, and a clerk says the case is due back before a judge on April 1.

Dozens of Companies Pulling Out of Russia After Invasion of Ukraine

Putin Pays Tribute to Gorbachev but Won’t Attend His Funeral