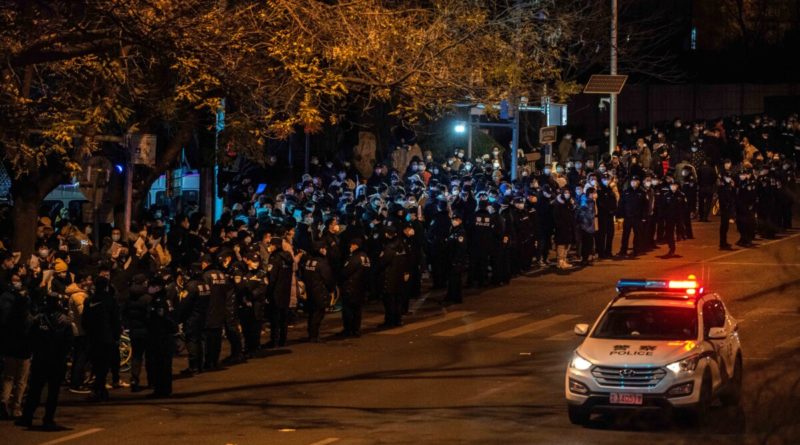 
The massive protests in China against Beijing’s draconian “zero-COVID” policy are an inspiration for all the people fighting for freedom and democracy under the communist regime, said Tory MP Michael Chong.

“Conservatives support the brave Chinese protesting. Their courage is an inspiration to all people fighting for freedom & democracy. They remind us that these universal values are for all,” the foreign affairs critic wrote on social media.

“We remember the Tiananmen Square massacre of 5 June 1989. The world is watching.”

Conservatives support the brave Chinese protesting. Their courage is an inspiration to all people fighting for freedom & democracy. They remind us that these universal values are for all.

We remember the Tiananmen Square massacre of 5 June 1989. The world is watching.#cdnpoli

“In spite of an Orwellian system of constant surveillance and evaluation, people are out on the streets showing their faces and denouncing oppression. I hope they win.”

Sen. Leo Housakos also shared a video of the massive number of protesters out on the streets in China.

“Incredible scenes of defiance continue to emerge out of China. The human spirit can be trampled on by tyrants and dictators but it can never be broken,” Housakos wrote on social media.

Former Conservative MP Kenney Chiu also voiced support to the people in China to “stand up” against tyranny, quoting the lyrics of the “March of the Volunteers”—the Chinese Communist Party’s own national anthem.

The nationwide public disobedience, rarely seen in China, erupted following a fire in a high-rise block in Urumqi, the capital of China’s Xinjiang region. The fire killed at least 10 people, who were believed to be trapped inside the building due to COVID-19 lockdowns, though the local authorities have denied this allegation.

A massive protest broke out in Urumqi on Nov. 25, with numerous videos circulating on social media showing furious residents chanting and calling to “End the lockdown!”

Similar protests also erupted in Shanghai and on university campuses across the country, with people calling for the Chinese Communist Party (CCP) and the regime’s top leader Xi Jinping to step down.

Groups outside of China have also voiced support for those protesting the CCP’s harsh social control measures implemented across the country since the first COVID-19 outbreak was reported in China’s Wuhan city, Hubei Province. The harsh mandates have led to starvation, death, and even suicide.

On Nov. 27, an estimated 1,000 students rallied outside of the Chinese consulate in Toronto, calling for the CCP to step down. The protesters were seen holding signs that read “Liberty or Death” and “Justice for Victims of Urumqi & 0f COVID.”

“Today, we are not only here to mourn the victims, but also to question the ‘sealing and zeroing out’ policies, … and to express our support for this movement, which has not been seen in China for decades,” said Lin Litong, a representative of the Chinese student organization Assembly of Citizens.

The group had held another rally in Toronto’s Mel Lastman Square on Nov. 19 to show solidarity with the dissidents in China and to support Lifa Peng, a resident of Beijing, who was known for raising a banner at the Sitong Bridge to protest against Chinese leader Xi Jinping and his zero-COVID policy.

The protests have died down after the Chinese regime tightened security in some cities, with the police beginning to search people on Nov. 28 at the sites of the protests in Shanghai and Beijing. Residents are reportedly having their phones checked to see if they had virtual private networks (VPNs) and the Telegram app, which had been used by weekend protesters, according to residents and social media users. 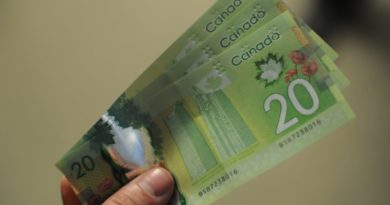