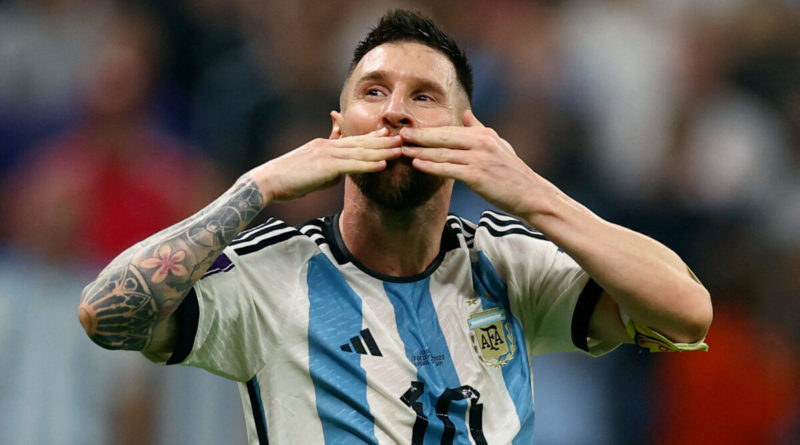 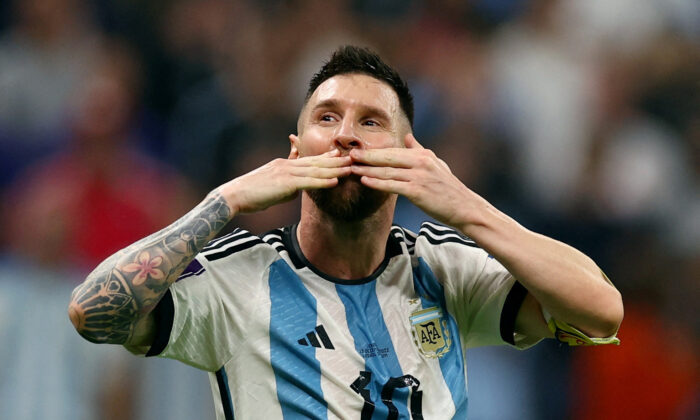 Argentina’s Lionel Messi celebrates after Julian Alvarez scores their third goal in the match of Argentina versus Croatia, during the FIFA World Cup Qatar 2022 in Lusail Stadium, Lusail, Qatar, on Dec. 13, 2022. (Kai Pfaffenbach/Reuters)

Lionel Messi has confirmed he will play his last World Cup game when Argentina take on France or Morocco in Sunday’s final in Qatar.

Messi leads Argentina to a 3–0 win over Croatia in their semi-final on Tuesday and will earn his 172nd cap at the weekend when he tries to bring the country its first World Cup title since 1986.

“I feel very happy, to be able to achieve this, to finish my World Cup journey by playing my last game in a final,” Messi told Argentine media outlet Diario Deportivo Ole.

“It’s many years for the next one and I don’t think I’ll be able to do it. And to finish like this, it’s the best,” added the Argentina captain.

The 35-year-old is playing at his fifth World Cup, surpassing the four of Diego Maradona and Javier Mascherano.

With his fifth goal in Qatar, he also surpassed Gabriel Batistuta as the top Albiceleste scorer at World Cups, netting 11 times.

“It’s all well and good (the records), but the important thing is to be able to achieve the group objective, which is the most beautiful thing of all,” Messi added. “We’re just one step away, after fighting hard, and we’re going to give everything to try to make it happen this time.”

Tuesday’s victory prompted thousands of fans to take to the streets in Argentina to celebrate the national team’s sixth World Cup final appearance.

France meet Morocco in the other semi-final later on Wednesday.

Taiwan Is Prepared for Any Surprise Attacks by China: Defense Analysts