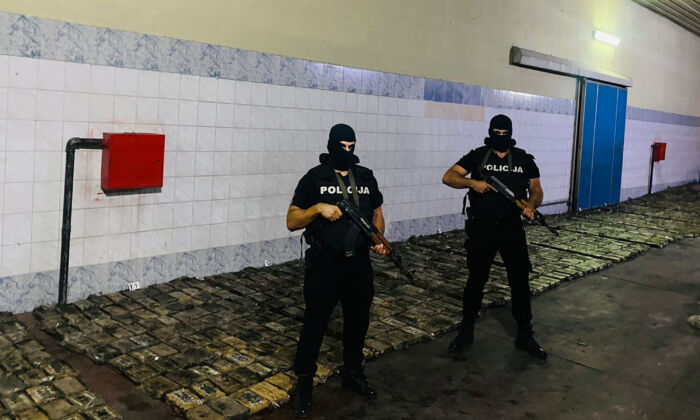 Police discovered 1,250 packages of cocaine in the village of Mojanovici, Montenegro, on Aug. 26, 2021. (Montenegro Police via AP)

PODGORICA, Montenegro—Police in Montenegro said they seized over 1 ton (2,000 pounds) of cocaine hidden in a shipment of bananas.

Officers discovered the cocaine, which was divided into 1,250 packages, on Thursday night in Mojanovici, a village near the capital, police said in a statement Friday.

State RTCG television network described the seizure as the biggest ever in the small Adriatic Sea country of some 620,000 people. Montenegrin media reported that police blocked off a broad area during the search operation.

Police said two people were arrested. No other details were immediately available.