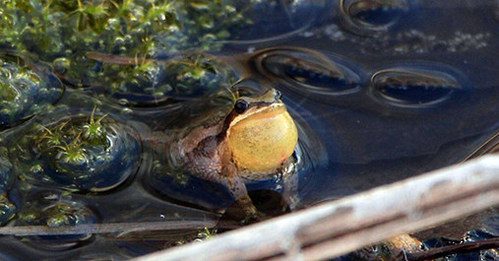 
Environment and Climate Change Canada says a Montreal–area company has been fined $40,000 for violating a federal law aimed at protecting an endangered frog.

The federal environment agency says building material retailer Canac-Marquis Grenier Ltée pleaded guilty Thursday at the Longueuil, Que., courthouse to one count of violating the prohibitions under the Emergency Order for the Protection of the Western Chorus Frog, a violation of the Species at Risk Act.

The agency says its investigation began in March, after wildlife enforcement officers saw snowbanks containing debris in an area covered by the protection order.

It says officers then determined that the company had been blowing snow from the lumber yard of its La Prairie store into protected western chorus frog habitat.

The emergency protection order, which covers a two-square-kilometre area on Montreal’s South Shore, was issued in 2016.

It was just the second emergency protection order issued under the Species at Risk Act since the law was adopted in 2002.

The frog, which grows to an average of around 2.5 cm long, is one of Quebec’s smallest frogs. 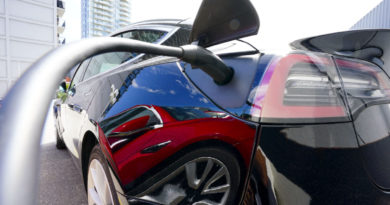 Less Than 5 Percent of Newly Purchased Vehicles by Feds Were Electric: Records