Prime Minister Anthony Albanese says Australia needs to do more to address the rate of suicide.

Speaking at a parliamentary breakfast in Canberra on Tuesday, he said it was a personal priority during his time as prime minister to reduce the number of Australians taking their own life.

“A compassionate nation like ours simply cannot allow the suffering of our fellow Australians to continue unabated,” Albanese said.

“We need to be the voice of every Australian we have lost to this tragedy and for all those who are currently suffering in silence.”

It’s estimated 65,000 people in Australians will attempt suicide this year.

It comes as a report found the soaring cost of living and personal debt is the number one threat to Australian mental health.

The report was launched at Parliament House on Tuesday, ahead of World Suicide Prevention Day on Saturday.

“What we’re talking about today is just an absolute tragedy, the fact that nine people will end their life today is something that is a scourge on our society,” the prime minister said.

“We need to do much better, and today, this morning, is an opportunity to pay tribute to those frontline workers who are doing such extraordinary work under enormous pressure themselves, to help their fellow Australians.”

“The issue of cost-of-living and personal debt is ranked the biggest risk to rising suicide rates over the next 12 months,” she said.

“This is higher than previous years and is the first time an economic issue has overtaken social issues like drugs, loneliness and family breakdown.”

She said it was positive to see more Australians seeking help. Still, she warned further economic turbulence could prove challenging, calling for more funding and commitment to a National Suicide Prevention Act.

“A National Suicide Prevention Act will ensure we get towards zero suicides faster by ensuring every government minister is aware, and prepared for the human impact of their policy decisions,” she said.

“Australians are increasingly aware of suicide risks and active in their prevention. They clearly want increased action from their federal government.” 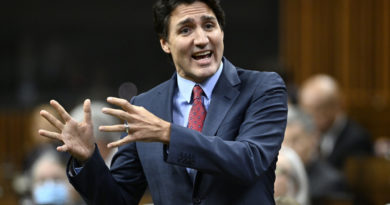 Denmark to Wear Clothes With ‘Critical Messages’ in Qatar