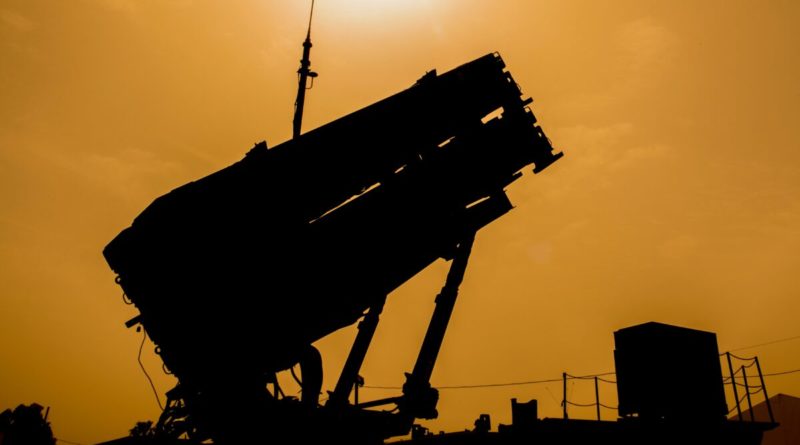 
Russia has warned the United States against equipping the Ukrainian military with Patriot air-defense missile systems, saying such a move could lead to “unpredictable consequences.”

“An information campaign has been launched in the United States about alleged preparations for sending cutting-edge air-defense systems to Kyiv,” Russia’s embassy in Washington said in a Dec. 15 statement.

“If this is confirmed,” the statement added, “we will witness yet another provocative step by the [U.S.] administration that may lead to unpredictable consequences.”

Over the past week, several Western media outlets have reported that Washington was poised to provide Kyiv with advanced Patriot air-defense missile batteries.

If the White House approves the move, it would be the most advanced U.S. surface-to-air missile system to be delivered to Ukraine since the Russian invasion began in late February.

The media reports come on the heels of repeated requests by Kyiv for more advanced air-defense systems capable of shooting down Russian missiles and drones.

While Kyiv describes the strikes as “war crimes” intended to hurt the civilian population, Moscow claims its forces use high-precision weaponry to avoid civilian casualties.

Two days later, John Kirby, a U.S. National Security Council spokesman, declined to confirm whether a decision had been taken regarding proposed Patriot deliveries to Ukraine.

Nevertheless, the reports were enough to elicit strong responses from Moscow.

Speaking to reporters, Kremlin spokesman Dmitry Peskov said that, should Patriot missile batteries be deployed in Ukraine, Russian forces would view them as “legitimate targets.”

On Dec. 15, Russian Foreign Ministry spokeswoman Maria Zakharova reiterated the warning, saying such a step would “lead to an escalation of the conflict and increase the risk of the U.S. military’s direct involvement in hostilities.”

While the Patriot system is designed to intercept drones, missiles, and artillery rounds, it can also be used to target enemy aircraft.

Until now, it remains unclear which version of the Patriot system or how many batteries—if any—the United States would deliver to Kyiv.

It is also unclear whether Washington would set restrictions as to how, and under what conditions, the air-defense system would be used on the battlefield.

Earlier deliveries to Ukraine of the High-Mobility Artillery Rocket System (Himars) were reportedly tweaked by U.S. technicians to limit their range to targets inside Ukrainian territory.

According to Andrey Kortunov, head of the Russian International Affairs Council, a Kremlin-linked think tank, the Patriot system can be subject to modifications that can either reduce or increase its range.

Employment of the system, he added, entails considerable training and logistical hurdles.

“If such shipments begin, it will take months to prepare Ukrainian servicemen to use them,” Kortunov said.

The relative complexity of the Patriot system has prompted speculation that U.S. or NATO personnel may be required to operate it.

In its Dec. 15 statement, the Russian embassy warned the United States that it was being “drawn further into the conflict.”

“The flow of [U.S.] weapons is growing, the training of [Ukrainian] servicemen is expanding, and the Ukrainian army is being supplied with intelligence data,” the statement read.

“And the sending of American military specialists into the combat zone is being discussed more and more frequently,” it added.

U.S. President Joe Biden, for his part, has repeatedly ruled out the prospect of sending U.S. combat personnel to Ukraine.

Half of Women in England and Wales Remain Childless by 30, 1st Time Since Record Began