The Conservative Party has maintained focus on inflation in recent weeks and its newly-appointed finance critic, Jasraj Singh Hallan, says measures proposed by the Liberal government to address the issue are “band-aid solutions.”

“It’s good to help people, it’s also much, much better when we solve the real issue, which is Justinflation,” Hallan told The Epoch Times in an interview.

Hallan’s party is supporting the government’s Bill C-30 to double the GST tax credit for six months for a portion of Canadians, but he didn’t say whether it would support Bill C-31, which pertains to dental care and support for renters.

The bill will likely pass given support afforded by at least the NDP.

Hallan, who was previously his party’s critic for immigration, says he doesn’t think these measures will do much for Canadians.

“With the cost of groceries, gas, everything in life going up, these measures will be vaporized by Justinflation,” he says.

Hallan was first elected in 2019 in the Calgary Forest Lawn riding and has a background in accounting and as a homebuilding business owner. He replaced Dan Albas as finance critic.

He mentioned having “humble beginnings” and going through hard times, yet being able to achieve the “Canadian dream.”

Hallan says “out of control” spending by the government has now made things harder for Canadians to have the same opportunities.

Under steady attacks by Tory MPs on inflation, the Liberal government has been saying it’s a global phenomenon.

“We cannot compensate every single Canadian for rising costs driven by a global pandemic and by Putin’s invasion of Ukraine,” Finance Minister Chrystia Freeland told the House of Commons finance committee on Oct. 3.

In Hallan’s view, the main cause of inflation is, instead, actions taken by the federal government.

“We have more money chasing less goods in this country and that’s what causes it,” says Hallan.

“So when the government continues to print money, borrow money, spend money continuously, and not have any fiscal restraints, that’s why we are where we are today.”

Hallan repeated some of his party’s known policy proposals to address inflation, including axing the Carbon Tax and repealing laws that have “crippled our energy industry and our agriculture.”

The economy needs to be unleashed and Canada shouldn’t pass “nonsensical bills that are just based out of left ideology,” says Hallan.

The Calgary MP says there’s “a lot of talk about a hard landing” on an eventual recession, which calls for fiscal restraint.

When announcing the government measures to address the cost of living in September, Prime Minister Justin Trudeau said the proposed measures are targeted enough to not further fuel inflation.

Freeland told the finance committee her government is conscious about not making things worse.

“As Canadians cut back on costs, so, too, will our government. We will do our part to not pour fuel on the fire,” said Freeland.

Noé Chartier is an Epoch Times reporter based in Montreal. 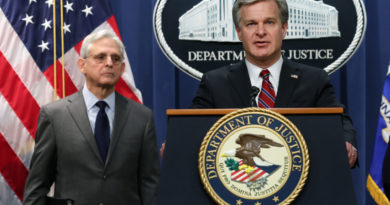 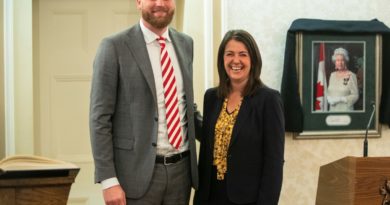