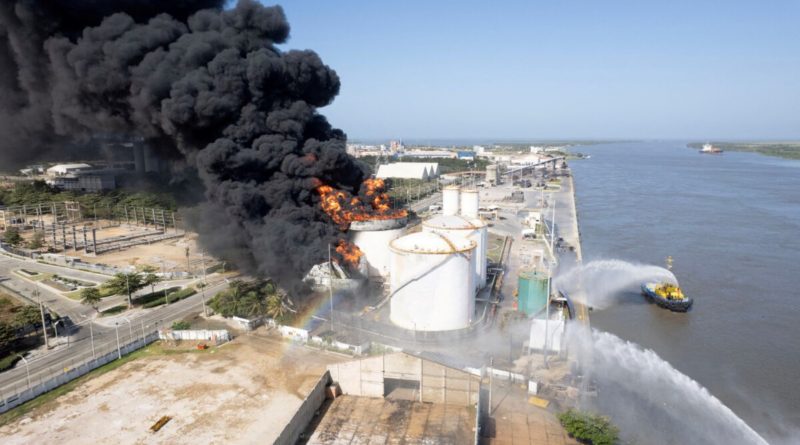 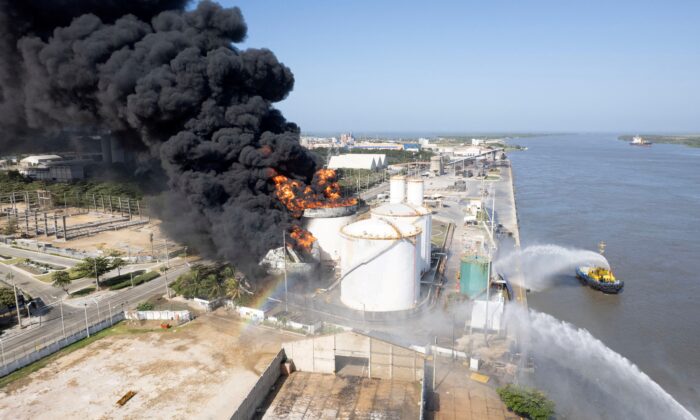 Black smoke rises during a fire in a hydrocarbon storage area of the Bravo Petroleum company in Barranquilla, Colombia, on Dec. 21, 2022. (Barranquilla City Hall Press Office/Handout via Reuters)

BOGOTA—A fuel tank exploded into flames in Colombia’s Caribbean city of Barranquilla early on Wednesday, killing a firefighter who fell during the explosion, local authorities said.

The firefighter was identified as Javier Solano, 53, by Colombia’s President Gustavo Petro in a message on Twitter, in which he pledged to support the city’s mayor, Jaime Pumarejo.

“Right now the fire is being controlled and allowed to burn out at the tank, which is on fire,” Pumarejo told journalists, adding that the area around the tank was being evacuated.

Operations to control the fire could take between three and four days as firefighters wait for the blaze to consume all the fuel, authorities said.

Operations at Barranquilla’s port were suspended until the fire is fully controlled, authorities added.