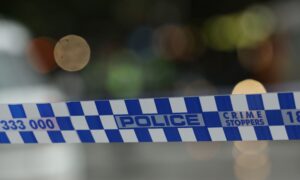 One man has died, two are fighting for life, and another is badly injured following two separate stabbing attacks in Melbourne’s CBD.

Two men were found in a critical condition with stab wounds on Bourke Street just before 6am on Sunday and taken to hospital.

One of the men, who has not been formally identified, later died.

No arrests have been made and Bourke Street has been shut between Elizabeth Street and Queens Street while homicide squad detectives investigate what happened.

Earlier, two men were injured in what police have described as a “large affray” outside Inflation nightclub on King Street.

A crime scene has been set up on the corner of King Street and Flinders Street, no arrests have been made.

By Rachael Ward in Melbourne