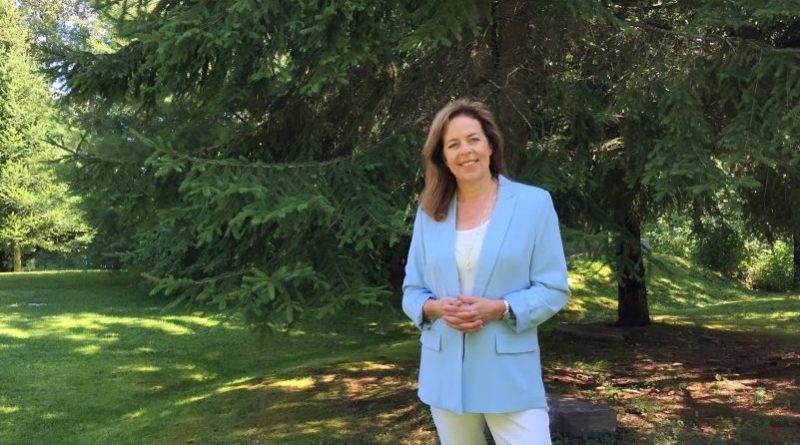 
A survey showing that most post-abortive women had no regrets about their choice is prompting questions and responses from pregnancy centre employees and a pro-life advocate.

The online poll of 1,805 Canadian adults conducted by the Angus Reid Institute, released Nov. 22, found that 16 percent of Canadian women have had an abortion and 15 percent have carried an initially unwanted pregnancy to term. And while 4 percent have done both, 5 percent preferred not to say. This data is based on the responses of 921 female respondents.

Pregnancy Care Canada (PCC), based in Red Deer, Alberta, currently has 82 PCC-affiliated crisis pregnancy centres across the province. The affiliates are all independent non-profits that voluntarily join the network and sign an agreement every year to adhere to the PCC’s standards of affiliation. The PCC does both pre-natal and post-abortive counselling and provides practical assistance for mothers and mothers-to-be.

Dr. Laura Lewis , executive director of the PCC, told The Epoch Times that the poll is only a broad snapshot.

“Often these polls are taken without dividing the respondents into appropriate sub-categories, making it hard to really lean on the data,” she said.

Lewis, a family physician for more than 20 years and PCC director for six, said “a secular woman” may be less likely to see her fetus as having “intrinsic value,” which would result in “less mental suffering.” She wonders what information the post-abortive women who held no regrets actually had about abortion.

“Were they made fully aware of the fetal development at the time of the abortion, or were they led to believe their baby (often referred to as fetus or tissue) did not yet have a brain, heartbeat, or limbs and could not feel pain?” Lewis said.

“Were they made aware that many common ‘female problems’ often result from abortion, such as excessive periods, depression, problems conceiving etc.? Many women suffer symptoms that they do not know result from an abortion and therefore do not consider the procedure to be the source of their suffering.”

According to the poll, 57 percent of the 139 respondents who brought initially unwanted children to birth raised the child, 22 percent placed the child for adoption, and 21 percent said they “made other arrangements.” Just over half of those who carried their initially unwanted pregnancy to birth have no regrets (54 percent), while one-quarter have regrets but still believe they made the right choice. Eleven percent were unsure, and 10 percent said they would have done things differently.

Lewis said women can have a broad range of post-natal regrets. Some of these may come from difficulties from a lack of support, financial hardships, or poor health of the child. Other challenges can be relational issues.

Laurelie Martenson, director of Options Pregnancy Centre in Regina, said she’s curious to know more about the women who gave birth but had regrets. She wonders if mothers who gave up their children or made other arrangements harbour more regrets, or if those raising their children lack support.

“The data for each of the three groups needs to be separated for clarity. Another concern is the small sample size used, particularly regarding abortion regret,” Martenson told The Epoch Times.

Angus Reid has made its full set of survey data available. However, Martenson said she would welcome a more extensive survey that could also confirm whether regrets correlate with anecdotal trends.

“Some local pregnancy care centres have noted an increased number of women seeking support shortly after their medical abortion due to a negative experience. The negative experiences may include heavy bleeding, seeing the aborted embryo, or requiring medical attention for an incomplete abortion.”

Martenson is also concerned about “selection bias” in the sample. Although she did not point to political aspects, the poll was shown to have disproportionately fewer responses from those who identified as Conservative voters. Among the 921 female respondents, just 188 said they voted for the Conservative Party in the 2021 federal election. NDP voters were most likely to know a friend or family member who have had an abortion, according to the poll.

The Epoch Times contacted the Angus Reid Institute for comment but didn’t hear back.

Some opponents to abortion say post-abortive women, and men whose partners aborted, don’t speak out enough about their abortion experiences.

The Silent No More Awareness Campaign, which launched in 2002, currently has more than 20,000 people registered the campaign, representing 77 countries, according to its website. People who are not ready to join the campaign are invited to “register their regret” and speak out on how abortion has affected their lives. So far, 6,729 women and 716 men have said they regret their abortion or lost fatherhood, the campaign said on its website.

Edmonton resident Denise Mountenay, a Canadian spokesperson for Silent No More, told The Epoch Times she was surprised at Angus Reid’s findings that 14 percent found abortion difficult to access. “In Canada it’s legal and abortion clinics and hospitals do them on demand,” she noted. However, some provinces have guidelines against doing late-term abortions, and some doctors will not perform abortions.

Mountenay participated in the 2017 made-in-Alberta film “Hush,” which explored evidence for the oft-dismissed claims of a link between abortion and breast cancer. She believes the health risks of abortion, including suicidal ideation, are still under-reported, and says she suffered some of her own.

“I was 16 and in love when I was pregnant with my daughter. I was planning on having her. However, my mother pressured me into having this ‘operation’ and to forget about it.  She made the appointment. I thought that if it’s OK with the doctor, the government, and my mother, that it must be OK,” Mountenay said.

“The boyfriend who got me pregnant at 26 raged that I better have an abortion. That doctor lied to me when he put a dot on a page and said it was just a clump of ‘tissue’ at 8 to 9 weeks,” she said.

“Like many women, I was lied to and coerced into it. I had several injuries to my cervix and uterus, along with 2 lumps removed from my left breast.  I, like millions of other women, deeply regret getting the lives of my babies killed before birth. These were the worst decisions I ever made in my life.”

“One thing we do know is that the more informed we are about any decision we make, the least likely we are to regret it and the most likely we are to be at peace. Our mission at Options is to give women the truth. After that we must leave the decision to them, their conscience, and God.”

Lee Harding is a journalist and think tank researcher based in Saskatchewan, and a contributor to The Epoch Times. 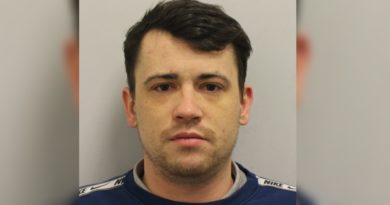