Millions of people in Bangladesh were without power on Tuesday after an electrical grid failure triggered seven-hour-long blackouts in most areas of the country.

The national power grid malfunctioned at 2.05 p.m. (local time) on Tuesday, sending much of the country—except for some parts in the North—into a blackout until 9 p.m., local media Dhaka Tribune reported.

State Minister for Power, Energy, and Mineral Resources Nasrul Hamid said that while it would take days to ascertain what caused the glitch, an initial investigation found a mismatch between demand and supply in some areas.

“There was an imbalance between demand and supply in the eastern region of Bangladesh. The system dropped below the frequency range and the power system became unstable due to the under frequency, causing the eastern power plants to trip,” he told reporters.

Bangladesh, which gets three-quarters of its electricity from imported natural gas, has been facing frequent power cuts this year due to its inability to address higher power demand.

The country has rationed some gas supplies amid high global prices driven up by Russia’s war in Ukraine. The government vowed frugal spending after reporting a record fiscal deficit last year.

Hamid said that Bangladesh’s government had delayed several power grid projects, including a national power grid automation project, for two years due to the COVID-19 pandemic.

“We hope, within the next two years we will be able to complete the automation project and then chances of such grid failure will be reduced,” he said.

Over a third of the country’s 77 gas-powered units were short of fuel. Bangladesh’s peak power demand on Tuesday was 3 percent higher than the 13,800 MW forecast by the Bangladesh Power Development Board, according to government data.

The load on the power grid generally increases in the evenings in Bangladesh when citizens return home after work. Demand growth in recent years has largely been driven by the residential segment.

“If the stability of the system is fairly satisfactory, the power lines of all area of Dhaka will be activated. We sincerely apologise for the inconvenience,” said Zunaid Ahmed Palak, a junior minister in Bangladesh. 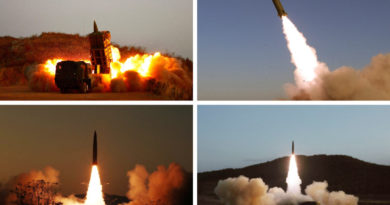