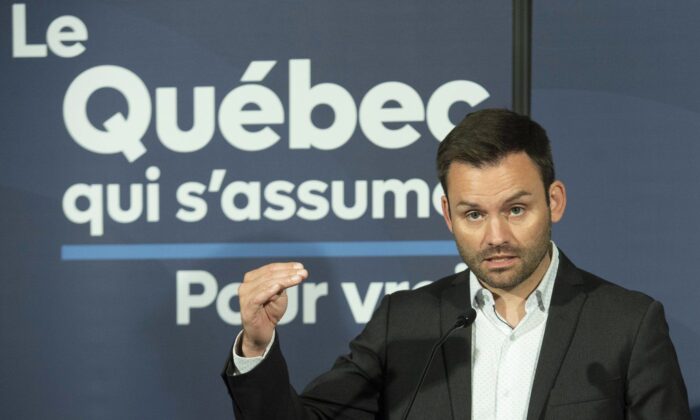 Before they can take their seats in the legislature, newly elected members are required to swear an oath to the British Crown and to the Quebec people.

St-Pierre Plamondon, who is scheduled to be sworn into office on Oct. 21, is asking the legislature to stop requiring that members pledge allegiance to the King.

He told reporters in Montreal today that he has sent a formal letter to the legislature asking that he be allowed to sit after taking an oath only to the people of Quebec.

St-Pierre Plamondon, who won his seat in the Montreal riding of Camille-Laurin on Oct. 3, says one cannot serve two masters and that there is a conflict of interest in swearing an oath to both.

But the PQ leader is remaining evasive about what he will do if his request is denied, adding that he will take things one step at a time.

The PQ won three of the province’s 125 seats in the October election.