The popular children’s TV show Peppa Pig has added a lesbian couple to its cast of characters for the first time in its 18-year history.

In episode 41 of season seven, titled Families, which aired on Channel 5 on Tuesday, Penny the polar bear introduced her two mothers.

The popular British-made children’s character and multi-BAFTA-winning show have been broadcast in more than 180 countries, first airing in 2004 on Nick Jr. and Channel 5’s Milkshake.

In the scene, Peppa Pig and her classmates are asked by their teacher to sketch pictures of their families to be put up on their classroom wall. Each student has their turn to introduce the family members they have drawn and go on to describe their job and characteristics.

One character called Penny sketches a picture of her family with two female polar bears wearing dresses and tells her classmates: “I’m Penny Polar Bear. I live with my mummy and my other mummy.”

At the end of the episode, Penny’s mums are shown picking up their children after school has finished with the other parents.

In 2021, a U.S.-based petition demanding a same-sex parent family on Peppa Pig reached over 23,000 signatures.

“Children watching Peppa Pig are at an impressionable age,” the creators of the petition wrote.

“Excluding same-sex families will teach them that only families with either a single parent or two parents of different sexes are normal. This means that children of same-sex parents may feel alienated by Peppa Pig, and that other children may be more likely to bully them, simply through ignorance,” the petition said.

It said that in “six series and over 250 episodes produced so far, none of the families feature same-sex parents.”

The programme was created by British animators Mark Baker and Neville Astley. They went from animation graduates at Middlesex Polytechnic in the 1980s to creating a major multi-million global animated pig franchise. There are Peppa Pig Resorts, toys, theme parks, with the childhood favourite on some 12000 products on such as “pyjamas,” duvet covers, jewellery, and more.

In 2019, toy giant Hasbro spend $4 billion to acquire Entertainment One, the studio that makes the Peppa Pig and also the PJ Masks children’s shows.

Children’s TV show Thomas & Friends, also shown on Channel 5, will introduce its first autistic character who has been created in collaboration with autistic writers and organisations.

The character called Bruno the Brake Car will be voiced by nine-year-old autistic actor Elliott Garcia and will be seen in future episodes of Thomas & Friends: All Engines Go! from Sept. 21. 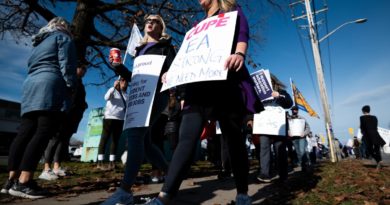