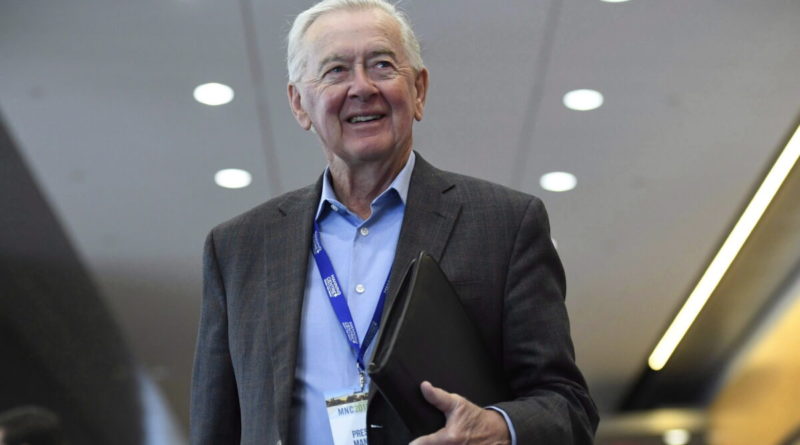 
Veteran politician Preston Manning has released a new book, “The Redtape Letters,” a satirical collection of fictional letters as imagined written between politicians and government bureaucrats that are based on Manning’s own experiences in government.

The 10 letters are written between Redtape, leader of the Bureaucratic Party of Canada, and his fictional 325,000-member strong party, giving them instructions and insights into how they can ensure the party remains the largest and most powerful political force in the country.

The book, first listed for sale on Amazon on Oct. 25, was inspired by “The Screwtape Letters” by C.S. Lewis, which is a satire that portrays humanity from the point of view of a senior demon writing instructional letters to his nephew, a junior demon, on how to further propagate evil in the world.

Manning told The Epoch Times that his new book is based on his view that public bureaucracies, as in the large numbers of civil servants that are employed by governments, have become more political, in essence now forming “the largest political party in the country.”

“This is dangerous for democracy,” he says. COVID-19 amplified the growing issues of an ever-increasing government bureaucracy, says Manning.

“The problems came from the government handing over the management of that emergency to the huge health department bureaucracies, rather than to the more nimble emergency measures organizations, which were originally created to handle such kinds of emergencies,” he suggests.

Based on True Stories

While the book letters may be fictional, Manning says he “can give illustrations of virtually every tactic that’s mentioned in the book as something that actually happened.”

Manning led the Reform Party of Canada for more than a decade and served as leader of the Opposition from 1997 to 2000. His late father, Ernest Manning, served as Alberta’s premier for 25 years, beginning in 1943. Manning says the problems created by the government management of the COVID-19 crisis and his own experience in politics, including being involved with the work of his father, inspired him to write this book.

He calculates his family has a combined total of 56 years experience serving in elected office.

Letter 1, “The Party and Our Agenda,” says that the Bureaucratic Party of Canada is “by far the largest, best organized, and most influential political party in the country,” followed by the second largest, “the Media Party of Canada.”

Letter 1 suggests that the party’s answer to every public issue and challenge “is some action and expenditure by governments,” and that expenditures “must always increase.”

Letter 2 covers the most important language, “Bureaucratese,” which takes more words to express a concept than in any other language known to humankind.

Bureaucratese, states the book, “is very difficult for the politician, the media, and the general public to understand. It is obviously in the interests of our Party to make our communications even less understandable and more incomprehensible as this will generate even more jobs and incomes for bureaucrats to interpret and explain.”

Letter 3 describes a fictional prime minister, elected in 2015, who had “briefly been a teacher and was also an amateur actor with no prior training or experience in the functions of a Prime Minister or even those of a Cabinet Minister.”

Letter 4 provides instructional advice on how to avoid responsibility and accountability, for example by blaming bureaucracy for any government mismanagement or negative outcomes, and ensuring “multiple vertical layers of government” between the public and top minister.

Manning said his late father once suggested carving the question—“Is there somebody else out there that can do what we are talking about in here?”—into the roof of the cabinet chamber before he left office as premier.

There has to be “competition between the non-government [private] sector and the government,” suggests Manning; otherwise, the government will grow and “always find a way to spend more money.”

Eventually, the bureaucracy becomes unmanageable, and the tax burden and debt caused by growth of the public sector becomes so high that there’s a public reaction to it, says Manning.

Where the Party Leaders Are on Election Day