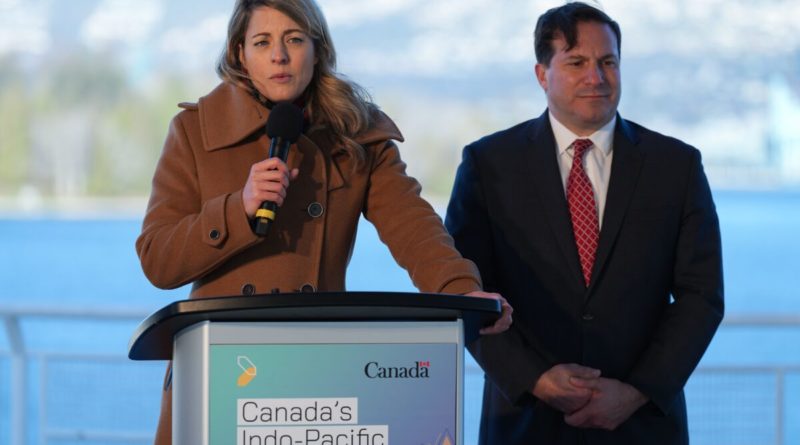 The Trudeau administration finally produced its vaunted “Canada’s Indo-Pacific Strategy” and it wasn’t worth the wait. To be fair, it’s not easy to write national strategy documents that are both vague and trite. But if you’re going to try, especially because you’re strongly suspected of having no strategy and no clue, you need to create something muscular.

Instead, we got the artificially sweetened campaign-speech gunk that clogs up modern government communications, including budgets. For instance, “Canada will also focus on trade, investment and supply chain resilience … to seize economic opportunities and strengthen and diversify our regional partnerships, building a stronger and more secure economy at home while strengthening our economic ties across the Indo-Pacific.”

The reason such documents are challenging is that listing core interests tends toward platitudes like 1) the physical integrity of our land, water, and airspace against invasion, insurrection, and natural disaster; 2) the security of our core allies; 3) our prosperity; 4) our trade relations; 5) cultural exchanges. And listing key mechanisms involves stuff like 1) a strong military; 2) strong allies; 3) prosperous prosperity; 4) trade deals that promote trade; 5) vibrant sharing of vibrancy.

None of it is untrue. But it lacks the precision of, say, “blockade the IQP, trade everything, collect it with your king, then queen your extra pawn,” the standard plan for winning certain chess positions.

Standard plans are hard to devise in geopolitics. You end up like the football coach shouting “Watch the run… Watch the pass… Watch the draw… Watch everything!” But there is one gold standard here.

Back in 1950, President Truman asked his secretaries of defence and state what the heck to do about the USSR developing hydrogen bombs while seeking world conquest. And he got back the famous NSC-68, which said two world wars had collapsed the old geopolitical order where no one nation could dominate the world and “the Soviet Union, unlike previous aspirants to hegemony, is animated by a new fanatic faith, antithetical to our own.”

Much franker than Mélanie Joly’s “China is an increasingly disruptive global power” with “ambitions to become the leading power in the region.” Especially since China openly aims to dominate the world by 2049.

NSC-68 also proclaimed the “Fundamental Purpose of the United States” as “to assure the integrity and vitality of our free society, which is founded upon the dignity and worth of the individual.” And it denounced the clearly labelled “totalitarian” enemy’s quest for “the complete subversion or forcible destruction of the machinery of government and structure of society in the countries of the non-Soviet world and their replacement by an apparatus and structure subservient to and controlled from the Kremlin.”

It then argued for making democracy work, deterring attack if possible, and “fighting, if necessary, to defend the integrity and vitality of our free society” while taking “no avoidable initiative which would cause it to become a war of annihilation.” The overall plan was George Kennan’s “containment” of the USSR until its internal contradictions brought Soviet communism down. Which worked.

My hopes for such clarity today were not high. In October, when our supposed foreign minister previewed the strategy, I predicted we’d get “cooperation on climate change” but not “vigilant armed defence of liberty in the spirit of Vimy, Waterloo, and Egbert’s Stone.”

Alas, I won at buzzword bingo. The word “military” appears in the document 11 times, but usually as an aside about a “military” coup in Burma or something nebulous called “military engagement.” It refers once to China’s growing “offensive military capabilities.” But far more typical is, “Canada’s military will work with its counterparts and share best practices to improve climate-related disaster resilience.” And, sure enough, “China’s sheer size and influence makes cooperation necessary to address some of the world’s existential pressures, such as climate change.” (And shtum on the Uyghur genocide.)

Indeed “climate” appears 30 times in 26 pages, “feminist” five times, and “indigenous” 15. Which fits this administration’s “all ills are one” worldview where you prevent war by promoting social justice rather than the old grim Roman si vis pacem, para bellum.

China’s Politburo has no such agenda. But it does have aircraft carriers, hypersonic missiles, and the world’s largest army. So retrograde. So tacky.

As for the “the dignity and worth of the individual,” well, “Canada will, at all times, unapologetically defend our national interest, be it with regard to the global rules that govern global trade, international human rights or navigation and overflight rights.”

Give me overflight or give me death. Ugh.

John Robson is a documentary filmmaker, National Post columnist, contributing editor to the Dorchester Review, and executive director of the Climate Discussion Nexus. His most recent documentary is “The Environment: A True Story.” 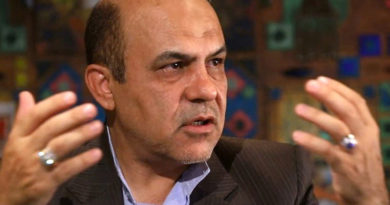