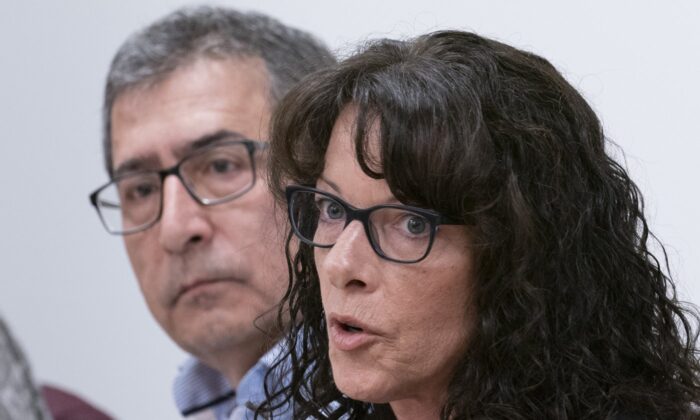 Tracy Wing, mother of Riley Fairholm, responds to a question as Cesur Celik, father of Koray Kevin Celik, looks on during a news conference in Montreal on Sept. 16, 2019. (The Canadian Press/Paul Chiasson)

A coroner’s inquest is underway in the death of a Quebec teen who was killed by provincial police four years ago while he was allegedly holding an air pistol.

Riley Fairholm, 17, was shot dead in the early morning of July 25, 2018, in a parking lot of an abandoned restaurant in Lac-Brome, Que., about an hour southeast of Montreal.

The shooting was investigated by Quebec’s independent police watchdog, and the Crown decided not to lay charges.

The Crown says that it was Fairholm who had called 911 and that he was allegedly in crisis.

Police say they tried to negotiate with the teenager to drop the weapon before they opened fire.

The inquiry is being led by coroner Géhane Kamel at the courthouse in Sherbrooke, Que., and it will hear from civilian witnesses, Fairholm’s family, attending police officers and various experts.

Kamel says her inquest, scheduled to run two weeks, will shed light on Fairholm’s death and include recommendations to better protect human life.