New data shows a significant increase in the number of British primary school children generating their own sexual abuse imagery since lockdowns.

Internet Watch Foundation (IWF), which published the data, is a UK-based organisation with the goal of finding and removing images and video online child abuse. IWF is an independent charity funded by members who include Amazon, Cisco, Google, Sky, Tik Tok, and BT (British Telecom).

It has legal powers to conduct searches of images.

IWF found 20,000 items of child sexual abuse imagery in the first half of 2022 including “self-generated” content of seven to 10-year-old children.

According to IWF that is 8,000 more instances than the same period last year. Compared to the same period in 2020, there has been a 360 percent increase in self-generated images by children in the range of seven to 10 years old.

“In some cases, children are groomed, deceived, or extorted into producing and sharing a sexual image or video of themselves,” IWF said in a press release.

IWF called the rapid growth of this material, showing primary-aged children, “a social and digital emergency, which needs focussed and sustained efforts from the government, the tech industry, law enforcement, education, and third sectors to combat it.”

Susie Hargreaves, IWF chief executive, called on the government to press ahead with the Online Safety Bill which has been delayed until the autumn.

“That is why the Online Safety Bill is so essential. Children everywhere need the UK government to be role models in internet regulation and for Ofcom to acknowledge experts, like IWF, who are experienced in tackling this criminality online. The efforts in this area are being watched around the world,” Susie Hargreaves said.

To achieve this client-side software would have to be included in all messaging applications which could only be written by big tech companies.

Freedom of speech campaigners have warned that the Online Safety Bill in its current form allows governments and corporations to spy on everyone. The bill gives regulators the power to look for child abuse images or face big fines.

Monica Horten, an independent tech policy analyst and advisor to Open Rights Group, a free speech advocacy think tank, told the BBC in July that what was being proposed in the bill is a form of mass surveillance.

“It is looking at everybody’s content and without a warrant which the government would normally require,” she said in a BBC interview.

Writing for the Open Rights Group Horten said, “the bill is misconceived, driven by a political rhetoric about the harms of big tech, and a blindness towards the way in which the measures in the Bill could themselves cause other harms.”

“Online child sexual abuse has a lifelong effect on victims. I have pursued policies and actions to ensure technology companies are held accountable for keeping our children safe,” Patel said.

In July, the government announced the Online Safety Bill has been put on hold until autumn.

The planned legislation has been criticized by some in the tech industry.

Twitter’s head of site integrity, Yoel Roth, said he sees “governments become more aggressive in how they try to use legal tactics to unmask the people using our service” and as a way to “silence people.”

WhatsApp CEO, Will Cathcart, said his company might cease operating in the UK if the Online Safety Bill reaches the statute book in its current form.

“What’s being proposed is that we … read everyone’s messages. I don’t think people want that” Cartcart said. 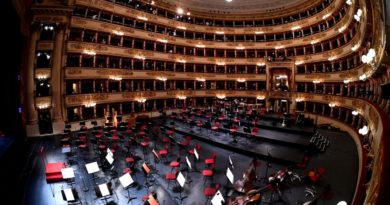 Governments in Canada Are Spending and Collecting More Money Than Budgeted: Report