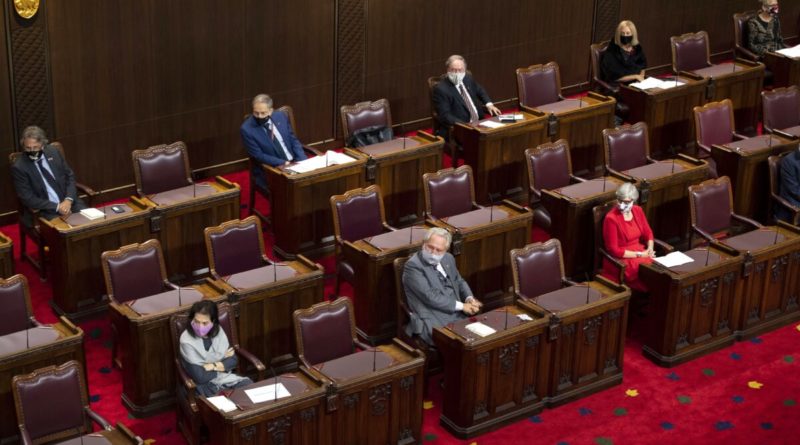 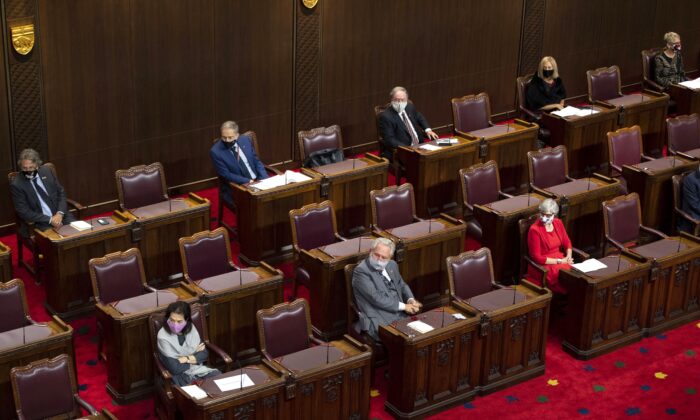 Senators sit physically distanced as they listen to Gov. Gen Julie Payette deliver the Speech from the Throne at the Senate of Canada Building in Ottawa, on Sept. 23, 2020. (The Canadian Press/Justin Tang)

The Senate wrapped up its fall sitting today and has adjourned for a holiday break, a day after the House of Commons did the same.

Parliamentarians are not scheduled to return to Ottawa until the end of January.

Senators passed several bills before rising, including a Liberal government bill to implement the measures in the fall economic statement.

They also passed a private member’s bill that requires the minister responsible for economic development in the Prairies to come up with a green economic framework.

That will was introduced by Jim Carr, a former Liberal cabinet minister who saw it pass in the House of Commons last week, not long before his death on Monday.

The Liberals’ controversial online streaming bill has not yet been sent back to the House after senators approved amendments to the bill on Tuesday.