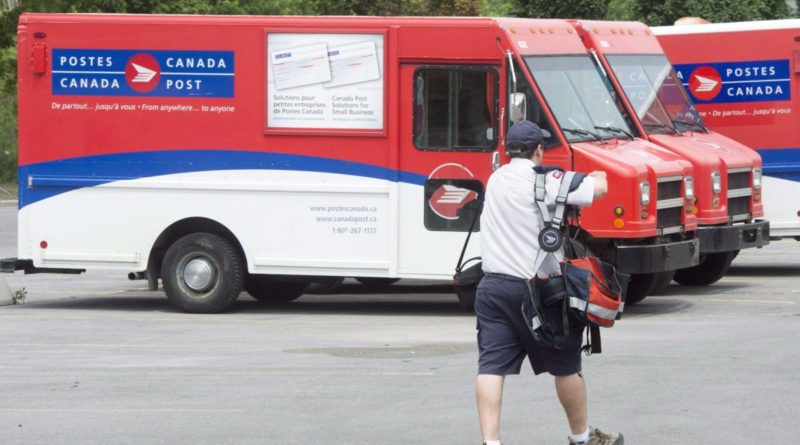 
Canada Post is the shipping method of choice for fentanyl drug dealers, and is often the only way to ship illicit substances into rural and remote communities, Senator Pierre Dalphond told a Senate committee on Dec. 1.

Dalphond has introduced a bill to amend parts of the Canada Post Corporation Act to give police the power to intercept and seize contraband sent by mail. The bill is in second reading.

Current laws allow police to investigate suspicious mail only once it is delivered to the recipient’s address, unless they get a warrant issued by a judge to intercept and seize an item in transit.

If police have reasonable grounds to believe drugs are being sent through the mail, law enforcement cannot lawfully detain that item until it has been delivered, or a postal inspector has independently decided to examine it and then alert police.

Canada Post has just 25 inspectors across the country to inspect parcels, retain a package, and call police if illegal material are found inside. Postal inspectors may only open a parcel if they believe it contains something prohibited.

Letter mail rules are different than those for parcels. A letter is defined by regulations as a mailed item under 500 grams. It can be inspected, but cannot be opened by the police or a postal inspector.

The concept of mail privacy dates back to 1867 with the passage of the Post Office Act,” said Dalphond.

“At that time it was inconceivable to interfere with the operations of the Royal Mail or to read the content of letters one was tasked with delivering. In short, the objective of this law was to protect privacy.”

Ever since, “if it is a letter, the inspector cannot open it to complete the inspection,” Dalphond said.

For example, if a packet of fentanyl is mailed in a letter weighing less than 500 grams, postal inspectors can remove it as “non-mailable matter” and call the police. Dalphond says 500 grams of fentanyl has a street value of $30,000.

In 2020, Canada post delivered 6.4 billion items. Of these, 2.5 billion were letters and 384 million were parcels that could be legally inspected and opened. Postal inspectors checked approximately 3,287 items, with 3,067 found to contain non-mailable matter as defined by the regulations, according to the senator.

“This context is, unfortunately, well known by criminals, including drug distributors,” Dalphond told the committee.

Dalphond said Bill S-256, An Act to amend the Canada Post Corporation Act (seizure) and to make related amendments to other Acts, first introduced on Nov. 22, “is an attempt to put an end to the perception our postal service is the best way to ship illegal drugs and other illegal materials.”

A Canada Post Inquiry of Ministry report tabled in the House of Commons, said in 2021 its inspectors intercepted 3,457 shipments containing contraband worth $14.3 million, according to Blacklocks Reporter.

The issue has been tested in court. In his presentation to the senate, Dalphond cited a recent judgment, Her Majesty the Queen v. Christopher Gorman, from the Supreme Court of Newfoundland and Labrador, which “concluded that the power of the inspector to seize a parcel was unconstitutional, being too broad.”

The judge granted the Attorney General of Canada one year to fix the problem, until April 12 next year. This judgment was not appealed.

Dalphond said his bill is not trying to “weaken or change requirements for searches and seizures” or reduce Canadians’ expectations of privacy in the mail.

“This legislation will simply grant police the same powers for Canada Post mail that police currently have in relation to items shipped by private courier services such as FedEx, UPS, or DHL. Incidentally, such powers already apply to Purolator, a courier company 91% owned by Canada Post.”