Global energy giant Shell has suspended talks to supply gas to Australian businesses in response to the federal government’s contentious move to cap the wholesale price of gas and coal—effectively cutting into the profits of energy companies—an action supposed to lower retail prices for households.

Shell’s move comes amid a wave of opposition from energy companies to the new laws saying it does little to address the underlying supply problems affecting the market.

On Dec. 14, the British multinational revealed that it had paused its Expression of Interest process to supply an additional 50 petajoules of gas to customers over the 2023-24 period.

“We look forward to continuing to supply our customers and investing in the energy Australia needs to transition to net-zero, including gas, wind, solar, and batteries. But we must have a stable regulatory and policy environment to create the right signals which encourage this investment,” Shell said in a statement.

The company said current Resources Minister Madeline King supported the move because it was “not unreasonable in the circumstances” to ensure all regulatory obligations were met.

“It is unlikely to lower gas and energy bills for households and manufacturers. This attack on the gas industry will actively discourage further investment to find and develop additional sources of gas at a time when Australia is crying out for affordable and reliable energy,” Clark said in a statement on Dec. 14.

“Capping the price at which a business can sell its product or service, and having only two days to allow that business to consult on it, is not genuine consultation. This is anti-business behaviour that significantly increases the risks of investing in Australia.”

“The policy will not address falling domestic gas supply and the increasingly critical role of gas in providing dispatchable power. These are the primary factors that are driving higher energy prices in the east coast gas market, rather than solely the impact of the tragic war in Ukraine,” said CEO Meg O’Neill.

“We need to unlock gas supply now. For example, Woodside has been looking at options to increase supply, including through new LNG import terminals, exploration spending, and further development on the east coast. Unfortunately, the proposed market intervention will make it very difficult for industry to economically invest to increase supply.”

Last week, the country’s National Cabinet—a regular meeting of federal and state leaders—agreed to cap wholesale gas prices at $12 a gigajoule (US$8.15) and coal at $125 a tonne (US$84.85) for a 12-month period.

Among other measures, the government will introduce a mandatory code of conduct to replace the current voluntary one to deal with “systemic issues within the wholesale gas market, including insufficient competitive pressure and bargaining power imbalances,” according to the resources minister.

Further, the state and federal governments have earmarked $1.5 billion in subsidies to households and businesses to cover a portion of their energy bills.

The governments together also endorsed a Capacity Investment Scheme to underwrite an additional $10 billion of renewable energy development.

Labor claims the Energy Price Relief Plan (EPRP) will save families $230 (US$155) each.

The Bill for the Plan looks set to pass both houses of Parliament, with the government striking a deal behind closed doors to obtain the support of the left-wing Australian Greens.

Labor managed to win over the Greens by promising to fund an electrification package for low-income renters and families who wish to transition their household appliances from gas to electricity. The Labor-Green government of the Australian Capital Territory is already rolling out grants for a similar program.

In negotiations with the Government, the @Greens have secured a package of support to switch to high quality electric appliances that will lower power bills for people, including low and middle income households and renters.

The Greens will pass the Government’s legislation.

This is despite gas being earmarked as an integral part of future renewable energy grids.

Gas generators are supposed to back up wind, solar, and battery power in case they are unable to provide enough energy to communities—wind and solar are intermittent energy sources, meaning they only work when the weather conditions suit.

The Minister for Industry, Ed Husic, has responded to the criticism from energy giants saying they were behaving like tech giants Google and Facebook.

“I think a lot of these firms underestimate how poorly they are viewed in the public’s mind, and the last thing they need to do is behave in such a recalcitrant way that goes against their long-term interests,” he said in comments obtained by the Australian Financial Review.

“These big gas companies are behaving just like big tech in threatening nations when they don’t like a regulatory response that’s done in the national economic interest. It is unacceptable.” 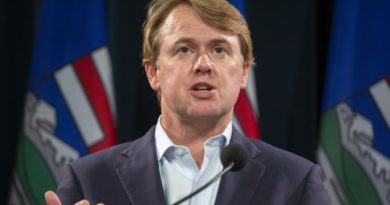