The South Korean government has proposed lowering the entry age for elementary school to 5 years old in an effort to tackle workforce shortages, but the move has raised concerns among teachers and civic groups.

Education Minister Park Soon-ae said on Friday that her ministry aims to lower the school entry age by one year, with implementation beginning as early as 2025 upon social consensus, Yonhap News Agency reported.

Park said the plan would help to increase the workforce in South Korea—which is facing a declining birth rate—given that it would enable students to graduate and embark on their careers earlier.

But teachers and parents have come out against the move over concerns that it will push intellectually unprepared children to attend school.

A total of 36 civic groups protested in front of the presidential office on Monday to demand that the proposal be scrapped. They also launched an online petition to collect signatures from the public.

One of the civic groups argued that requiring 5-year-olds to attend elementary school is “inappropriate” following the degree of “cognitive and emotional development” of young children.

“It could also have negative side effects, such as advancing the starting age for competition for college entrance and private education,” the group said.

A Korean Teachers and Education Workers Union representative said the plan appears to disregard the development of young children, saying that they should be allowed to develop “through play and networking with friends.”

The Education Ministry will conduct a survey of 20,000 students and parents in September 2022 to seek feedback on the proposal, and President Yoon Suk-yeol has sought to expedite the process.

In addition to lowering the elementary school entry age, the ministry also aims to push for the integration of kindergartens and child care centers, a concept that had been explored by the previous administration.

The previous administration tried to merge care centers and kindergartens to provide more systemized education and care for children, but those attempts fell short, The Korea Herald reported.

Park said that her ministry has reached “mutual grounds for understanding” with related parties about the integration.

In June, the Australian states of Victoria and New South Wales implemented an extra year of “play-based learning” for young children as part of what the state premiers have called “the greatest transformation of early education in a generation.”

Victorian Premier Daniel Andrews and his New South Wales counterpart Dominic Perrottet announced the “long-term policy commitment” in a joint statement, saying that the move would benefit many working families.

“In the next 10 years, every child in Victoria and [New South Wales] will experience the benefits of a full year of play-based learning before their first year of school,” the statement reads. 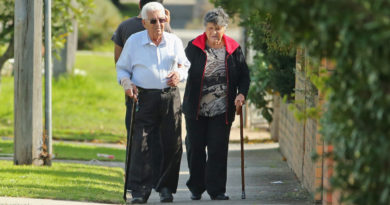