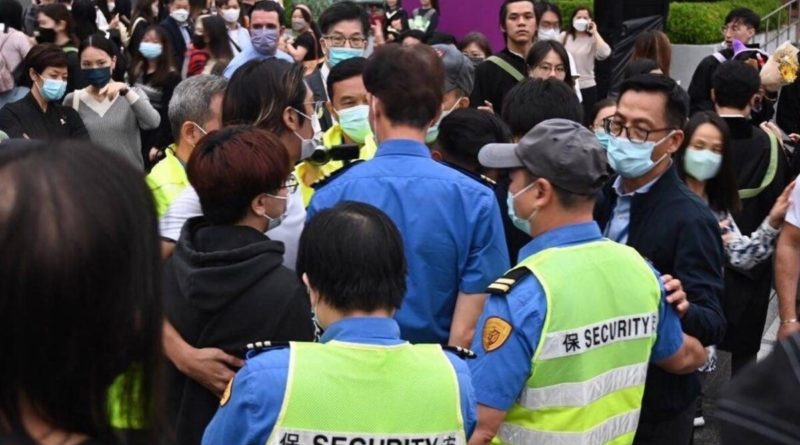 
During the graduation ceremony on Nov 24, some students from the Chinese University of Hong Kong (CUHK) held an artistic demonstration expressing opinions for discussion about the CUHK. Some campus security guards tried to stop the presentation, claiming no unauthorized slogans are allowed on campus.

As reported by the University Community Press (CUHK student media), several students held an artistic demonstration in front of the Beacon monument of CUHK during the graduation ceremony. The students dressed in “graduation gowns,” which were made of black plastic bags, held slogan boards that implied that they were “the last voters of the Students Union (now dissolved).” The CUHK Student Union was forced to dissolve last year after the school accused it of making remarks violating the “Hong Kong National Security Law.” Some complained about being forced to “present a vaccine passport to gain access to the campus.” Some criticized that they graduated as “qualified social animals.” Some other banners were displayed, such as “the canteen is too expensive,” had to “beg for food before graduation,” and others barely related to politics or school policies.

Not long afterward, some police officers arrived and took a record of the student’s ID.

Eva, one of the protesters, told reporters of local media that the participants in this protest were all CUHK students. They started their protest display at 3:00 p.m. and walked to the Beacon in front of the school library.

She also cited a regulation that the security guards kept repeating about the rules of the graduation ceremony, saying that the “displayed slogans were in violation of the regulations” and that they did not report the event in advance.

“Since the behavior of the person concerned may pose a risk to public order,” they decided to call the police for help. The police arrived and gave a warning to the demonstrators after learning about the incident.

The CUHK stated that the assembly and demonstration activities were suspected of violating the “Gathering Restriction Order” and the “Public Security Ordinance.” The National Security Division of the Police Force has taken over and launched an investigation.

It was not the first time the students protested during the graduation ceremony at CUHK. In 2019, fresh graduates staged an intra-campus demonstration of solidarity with the many students injured by police violence, condemned the police’s indiscriminate violence against demonstrators, and arrested students.

Even after National Security Law was implemented, on Nov. 19, 2020, at the graduation ceremony of CUHK, about 210 fresh graduates and their families initiated a protest on campus and rallied on the avenue to sing the protesters’ song “Glory to Hong Kong.” 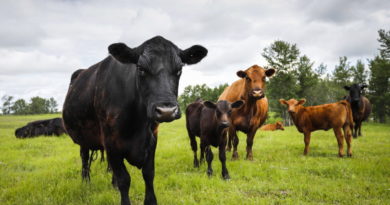