Federally-subsidized art programs and groups are required to further “social activism” in order to address racism and inclusion issues, says the Canada Council for the Arts.

“The Council should support the arts sector in promoting social activism and social justice and it should encourage and support actions that address racism and promote inclusion and diversity,” said the council’s management report “Reimagine The Arts: 2021-26 Strategic Plan,” according to documents obtained by Blacklock’s Reporter.

The Council, which is a national public arts funder with a mandate to “foster and promote the study and enjoyment of, and the production of works in, the arts,” also outlined its planned investment strategies, funding, and partnerships in its “Art, now more than ever: 2021-26 Strategic Plan.”

In the planning document, the council said it will focus on funding “historically underserved and marginalized communities, including Indigenous, Black, racialized, Deaf and disability, and 2SLGBTQ and gender-diverse communities, women, and artists at intersections of these groups.”

It aims to invest a total of $1.6 billion in grants and to pay Canadian authors $74 million through the “Public Lending Right Program.” The Council also said it will distribute at least $100 million for “Indigenous arts and culture” over the next several years.

The council said that “decolonizing” Canada and taking steps toward reconciliation with Indigenous groups will be the future of the Canadian arts scene.

In its plan, it said that arts will play a key role in correcting “the historical oppression of lands, cultures, and the original Peoples in what we now know as Canada” and that it will use its public funding to provide special grants and opportunities for minorities.

“In the spirit of truth-telling, reconciliation, and decolonization, the Canada Council for the Arts recognizes and seeks to address the history of oppression, exclusion, and anti-Indigenous racism in colonial institutions,” said the policy update.

The council said its planned actions are geared toward eliminating “the consequences of racism and colonization in the arts sector” and to “overturn misogyny and all forms of discrimination against women, and advance gender equality.”

The council did not say if any art grants or groups would be defunded in order to free up budgetary space for the new spending initiatives.

However, the Council did say that it now has “an increased awareness of systemic barriers” that led to a lack of equality and diversity in the past. These unnamed barriers “limited the participation and advancement of artists from underserved and marginalized groups,” said the report.

The council also said it will seek to “mitigate the effects of climate change” in any activities it hosts or funds in the coming years. 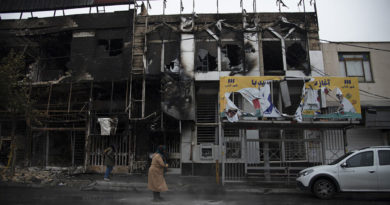