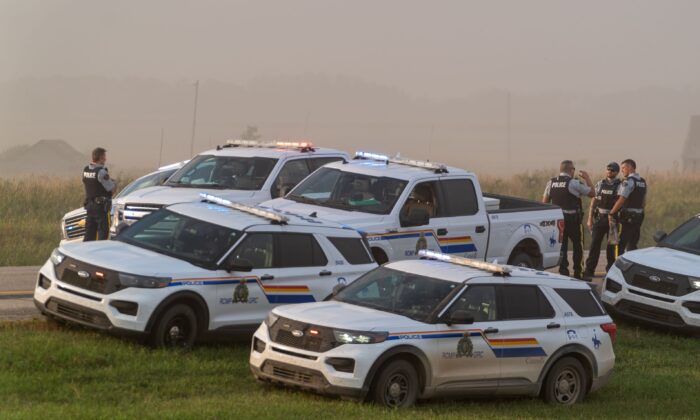 Police and investigators are seen at the side of the road outside Rosthern, Sask., where a suspect of the Sept. 4 stabbing attacks was arrested, on Sept. 7, 2022. (The Canadian Press/Heywood Yu)

ROSTHERN, Sask.—Mounties say Myles Sanderson, a suspect in a deadly series of stabbings in Saskatchewan, went into medical distress a short time after he was taken into custody.

RCMP say Sanderson had stolen a truck in the town of Wakaw and was arrested in the vehicle.

The 32−year−old was then pronounced dead at a Saskatoon hospital.

Assistant Commissioner Rhonda Blackmore says the RCMP has requested an independent investigation into the circumstances of Sanderson’s death.

Sanderson was wanted on charges, including first−degree murder, after a series of attacks that left 10 people dead and 18 injured on Sunday.

Russia Says Next Time It May Fire to Hit Intruding Warships