Taiwanese voters head to the polls on Saturday in local midterm elections that President Tsai Ing-wen has framed as being about defending Taiwan’s democracy amid rising tensions with China.

Taiwanese voters will cast ballots for their mayors, city council members, and local councilors as well as a referendum on whether to lower the legal voting age from 20 to 18, Focus Taiwan reported. Focus Taiwan is the international website of Central News Agency, the Taiwanese state broadcaster.

Those infected with COVID-19 are prohibited from voting in person, and violating the quarantine order will result in a NT$2 million ($64,632) fine or a two-year prison sentence. Taiwan does not accept absentee ballots either.

The two main political parties are the ruling Democratic Progressive Party (DPP) and the opposition Kuomintang (KMT), which have different approaches to China.

“We advocate being close to the United States, friendly with Japan, and having peace with the mainland. Let Taiwan have a prosperous future of peaceful and stable development,” KMT Chairman Eric Chu told his supporters.

COVID-19 and crime are the two main issues in Taiwan’s local elections, and those elected will not have a direct say on China policy. But Tsai said the world closely watches the poll as it indicates Taiwan’s ability to defend itself.

“Taiwan is facing strong external pressure. The expansion of Chinese authoritarianism is challenging the people of Taiwan every day to adhere to the bottom line of freedom and democracy,” she said on Friday.

The DPP heavily defeated the KMT in 2020 despite their setback at the 2018 local polls. Tsai’s second term in office runs out in 2024 and she cannot stand again as president because of term limits.

Tsai previously said that Taiwan is willing to negotiate with China to restore peace and stability in the Taiwan Strait, but that it must not compromise the freedom and democracy of the Taiwanese people.

Chinese leader Xi Jinping called for peaceful unification with Taiwan but said that China “will never promise to renounce the use of force.” Xi secured a third term as the Chinese Communist Party’s (CCP) leader last month.

The CCP claims Taiwan as part of its territory despite Taiwan being a sovereign nation with a democratically elected government and has vowed to conquer Taiwan by force if necessary.

China initiated military drills near Taiwan after a controversial visit by U.S. House Speaker Nancy Pelosi (D-Calif.) in August and continued its military activities on a reduced scale.

The election results are expected to be released on Saturday evening, or before midnight.

Former Socceroo Says Australian Football Team Where They Deserve to Be 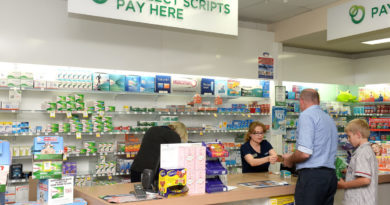 Crucial Medicines to Become Cheaper in Australia After PBS Expansions