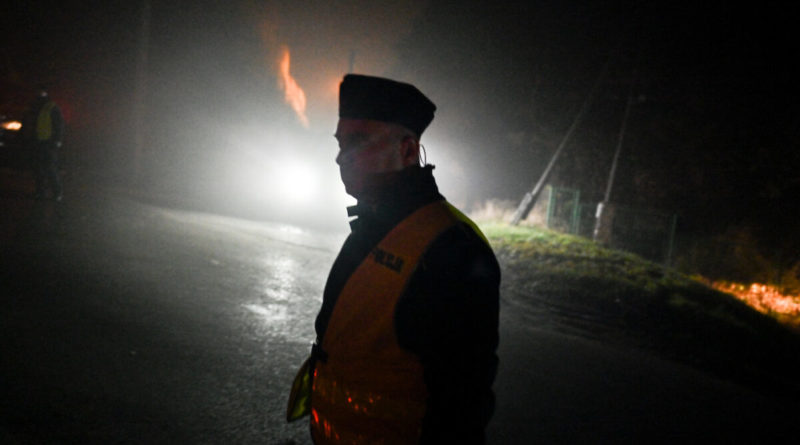 
World leaders appear to have walked back claims that Russia was responsible for a missile that landed in Polish territory on Nov. 15, killing two people.

Stoltenberg added that the projectile that struck Polish territory was most likely an air-defense missile fired by Ukrainian forces.

Earlier the same day, U.S. President Joe Biden said it was “unlikely in the lines of the trajectory that [the missile] was fired from Russia.”

Biden made the remarks after an urgent meeting with leaders of key U.S. allies, including the UK, France, Germany, Canada, and Japan.

The incident had initially sparked concerns that Poland—and, by extension, its NATO allies—could be dragged into the conflict between Russia and Ukraine, which began in late February when Moscow’s forces invaded its neighbor.

On the evening of Nov. 15, a missile struck a grain-drying facility in the Polish village of Przewodow, killing two people.

Przewodow sits roughly 3.5 miles from Poland’s 144-mile-long border with Ukraine, which borders Poland to the southeast.

The incident occurred as Russian forces were striking positions inside Ukrainian territory, prompting speculation that Russia had fired the missile.

For the past five weeks, Russia has launched intense drone and artillery strikes on Ukrainian energy infrastructure, leading to widespread power disruptions throughout the country.

Shortly after the missile struck Polish territory, the Polish Foreign Ministry issued a statement claiming the projectile was of Russian manufacture.

Polish President Andrzej Duda told reporters that the missile was “most likely” of Russian origin.

He added that it was “highly likely” that his country, a NATO member, would invoke Article 4 of the NATO charter in response to the incident.

Article 4 obliges alliance members to convene emergency talks if one of their numbers is faced with a significant security threat.

Polish Prime Minister Mateusz Morawiecki said that Warsaw had raised the combat-readiness of “selected units” of the Polish armed forces.

Other eastern European leaders were also quick to weigh in, with Ukrainian President Volodymyr Zelensky calling the incident a “significant escalation.”

Latvian deputy prime minister Artis Pabriks called the strike “unacceptable,” saying it could lead to more air-defense equipment being sent to Ukraine and Poland by NATO.

Not to be outdone, Lithuanian President Gitanas Nauseda proclaimed on Twitter: “Every inch of #NATO territory must be defended!”

Both Latvia and Lithuania have been NATO members since 2004.

Moscow, for its part, was quick to deny that the missile had been fired by Russian forces, describing claims to the contrary as a “deliberate provocation aimed at escalating the situation.”

In a statement, the Russian Defense Ministry said its forces had not struck any targets near Polish territory.

It added that all Russian strikes in Ukraine were confined to areas at least 22 miles from the Polish border.

The ministry went on to assert that images of the wreckage in Poland suggested the projectile was an “anti-aircraft guided missile of the S-300 air-defense system” used by Ukrainian forces.

Speaking on the Telegram messaging app, Dmitry Polyansky, head of Russia’s UN mission, warned of an “attempt to provoke a direct military clash between NATO and Russia.”

Soon afterward, Biden declared that “preliminary information” appeared to indicate that Russia had not fired the missile.

Speaking to reporters, Kremlin spokesman Dmitry Peskov chided countries that had made “baseless statements … without having any idea of what happened.”

“Such a frenzied reaction shows there is never a need to rush to judgment with statements that can escalate the situation,” Peskov said, “especially at such crucial moments.”

In a rare compliment to U.S. officialdom, Peskov said Biden had shown “restraint” in his initial response to the incident.

“I invite you to note the rather restrained reaction of the Americans, which contrasted with the absolutely hysterical reaction of the Polish side and a number of other countries,” he said.

“Insisting that the missiles were Russian-made will exacerbate this issue,” he was quoted as saying by Russia’s TASS news agency.

Calling for a detailed probe of the incident, Erdogan went on to advise against what he described as “provocations.”

By the afternoon of Nov. 16, Polish officials had also stated that the incident had most likely been caused by a stray Ukrainian air-defense missile.

Easing fears of a widening conflict, Warsaw has also reportedly backtracked on plans to invoke Article 4 of the NATO charter.

Representatives of NATO member states are expected to convene later on Nov. 16 to discuss the issue further.

Reuters contributed to the report.

Alberta Judge Convicts Man of Assault for Coughing on Server 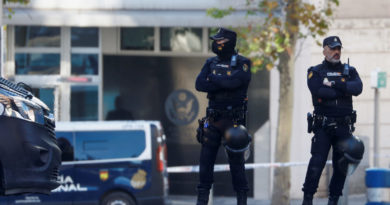 US Embassy Latest Target in Spate of Letter Bombs in Spain

Beijing Warns of ‘Punishment’ if Foreign Athletes Protest at Olympics