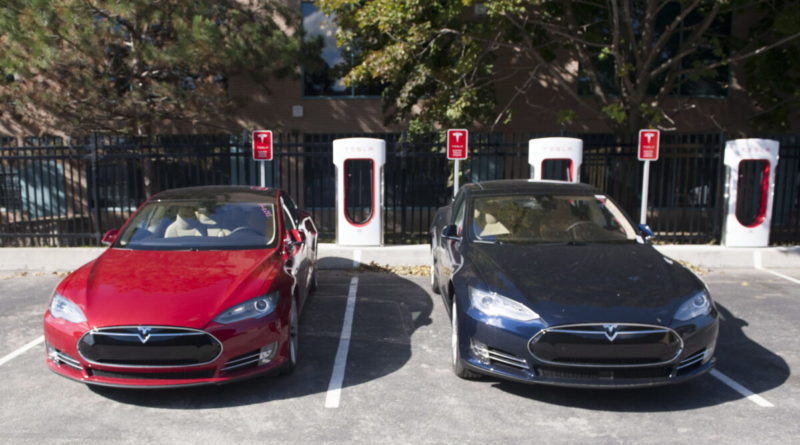 
Tesla Motors Canada is asking for more federal subsidies in order to install charging stations “within a reasonable distance” for its electric car customers, says the company’s submission to a parliamentary committee. The proposal, however, means Canadian taxpayers will have to subsidize the installations.

“Approximately 10 million Canadians or about one quarter of all Canadian residents live in multi-unit dwellings including apartments and condominiums,” wrote Tesla management in a submission to the Standing Committee on Finance, obtained by Blacklock’s Reporter.

“Since 90 percent of charging typically takes place at a driver’s home, ensuring the occupants of those multi-unit dwellings have a place to charge would offer the Government of Canada the greatest return on its charging infrastructure investment.”

Tesla said the proposal is a “Canada-wide challenge” and it would “benefit from federal leadership.”

The company proposed a 75 percent grant for apartment owners and condo boards to pay for electrical upgrades and install parkade charging stations “such that every parking stall is within a reasonable distance” of a plug-in.

“This will have the added benefit of enabling millions of Canadians to access electric vehicles and supporting Canada’s clean air and climate change goals,” the submission said.

The company further proposed a tax credit of $850 per parking space to employers that install workplace charging stations.

According to official estimates, federal rebates to make electric vehicles (EV) “more affordable” and chargers “more accessible” for Canadians have cost the country $1 billion since 2016. Over $3 billion will be additionally spent in “zero emission vehicle (ZEV) related funding.”

A March report from the federal Department of Natural Resources estimated that the country would require 442,000 public charging stations to meet the needs of the “growing EV population” by 2035, though it made no mention of subsidizing private chargers at workplaces and condo tower parkades.

“In the very long term, our overall estimate for public charging infrastructure needs across Canada would represent a total investment of approximately $20 billion over the next three decades,” said the report, titled “Updated Projections of Canada’s Public Charging Infrastructure Needs.”

“However, while this analysis quantifies the total infrastructure needed to meet Canada’s EV adoption targets, this study does not assess what portion of this infrastructure would require support from the federal government.”

The federal Department of Transport reported in 2021 that Tesla was the largest single beneficiary of EV subsidies, totalling more than $125 million, as reported by Blacklock’s Reporter last September.

In a hearing before the Commons environment committee in November 2020, the Canadian Taxpayers Federation questioned the rationale of taxing Canadians to bring about the $5,000 rebates for purchasers of $55,000 Teslas.

“Even a $45,000 vehicle, I would suggest—never mind a $55,000 vehicle—would be considered a luxury vehicle by most Canadians, and I think it’s a fair question to ask whether regular Canadian taxpayers should be subsidizing the purchase of luxury vehicles for people who are fully prepared to pay full price for them,” said Aaron Wudrick, then-federal director of the Federation.

“I would suggest that the answer is no, and for that reason our organization believes this program should be scrapped or, at the very least, revised.”