RCMP say two suspects went on a stabbing rampage in Saskatchewan on Sunday. They say 10 people died and 18 others were injured over 13 locations where the attacks took place. Here’s a timeline of the police response. All times are local:

8:20 a.m. – RCMP extends dangerous persons alert across the province of Saskatchewan, saying the suspects are believed to be travelling in a vehicle.

9:45 a.m. – RCMP issues fourth dangerous persons alert saying there have been multiple victims in multiple locations, at least one at James Smith Cree Nation and another in the nearby village of Weldon. Some of the attacks appear to be random.

11:25 a.m. – RCMP sends request to Mounties in Manitoba and Alberta to extend dangerous persons alert to their provinces.

3:45 p.m. – RCMP announces 10 people have been killed and 15 others injured in the attacks, which they say took place across 13 locations.

11:39 a.m. – Saskatchewan RCMP say the two fugitives have been charged with first-degree murder, as well as attempted murder and break and enter. Mounties also say the number of injured rose to 18 from 15.

12:43 p.m. – Saskatchewan RCMP issue a provincewide alert for several armed suspects on the Witchekan Lake First Nation northwest of Saskatoon after reports of a shooting. They say it is not believed to be connected to the stabbings on the James Smith Cree Nation and in Weldon.

1:17 p.m. – RCMP confirm a deceased male found in a grassy area on the James Smith Cree Nation is one of the suspects, Damien Sanderson. Police later say his wounds were not self-inflicted and his brother, Myles Sanderson, is still at large, may be in Regina and could be injured. 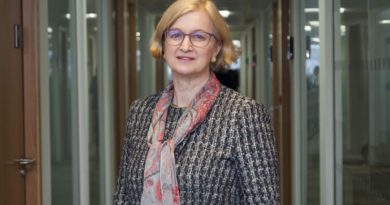 ISIS ‘Beatle’ Gets Life in Prison Over Killing of American Hostages