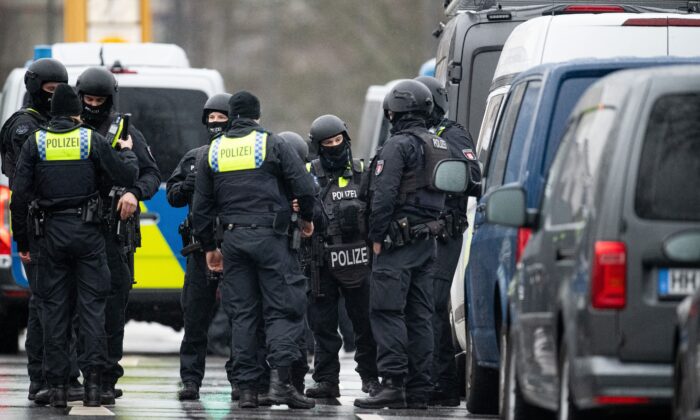 BERLIN—A man and a woman were found dead in Hamburg on Tuesday in an apparent murder–suicide, a police spokesperson in the northern German city said.

“We have no indication whatsoever that this it was in anyway linked to political violence,” the spokesperson said. “We are treating it as a murder-suicide based on what we know. The investigation continues.”

Several streets were closed to traffic and pedestrians due to a large deployment of officers.