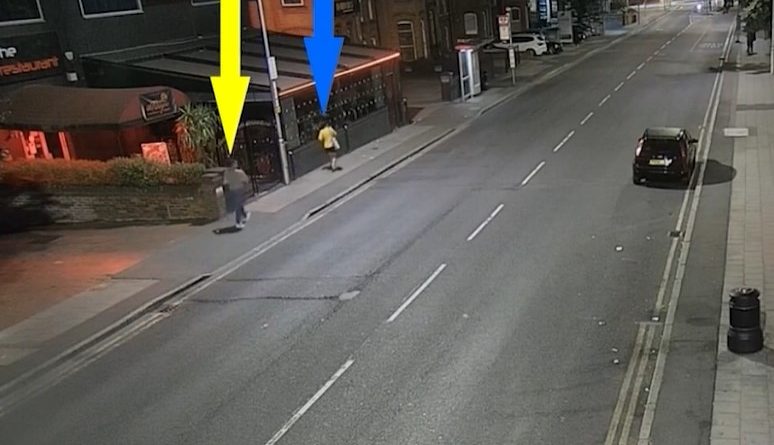 
A fairground worker has been jailed for life and told he will not be released for at least 38 years for the murder in London of a trainee solicitor who was attacked as she walked home alone.

On Wednesday, he was jailed for life and ordered to spend a minimum of 38 years behind bars.

In her sentencing remarks, judge Mrs. Justice Bobbie Cheema-Grubb, KC, said: “The defendant has never expressed any remorse or demonstrated empathy for the outcome of his behaviour. He cried at the police station but this was after his arrest for murder and rape, and it was not accompanied by any expression of sorrow for the impact on anyone else.”

After he was jailed the Metropolitan Police released excerpts from the mountains of CCTV footage they compiled of McSweeney’s movements on the night Aleena was killed.

They showed him being ejected from a pub at 11 p.m., clearly drunk, and then staggering through the streets of Ilford and Manor Park in east London, apparently looking for a woman victim.

He followed several women—one of whom ran away down a side street after spotting him stalking her—before he eventually focused on Aleena, attacking her on the driveway of a house and leaving her for dead.

Prosecutor Oliver Glasgow, KC, said, “Despite being only yards from a public street and from residential properties, the defendant attacked Zara Aleena with a savagery that is almost impossible to believe.”

McSweeney, who had been released from prison just nine days earlier, stole her handbag, mobile phone, and house keys.

He threw the phone over a garden wall and then travelled back to Valentine’s Park, where he climbed over a fence and returned to the caravan he was staying in while working at a mobile fairground set up in the park.

McSweeney refused to attend the Old Bailey on Wednesday afternoon for his sentencing, saying he did not want to have to watch again the CCTV clips of the night of the murder.

Aleena, who worked as an administrative assistant at the Royal Courts of Justice in central London, suffered fatal head injuries as she walked from a nightclub towards Gants Hill Underground station in Ilford to catch a train home.

Oliver Glasgow, KC, said it was an “attack upon a lone female late at night making her way home, a woman who stood no chance.”

When police arrested him there they found some of Aleena’s clothes, covered in blood.

McSweeney has 28 convictions for 69 separate offences including burglary, car theft, criminal damage, assaulting police officers, and assaulting members of the public, and had been released from jail on June 17.

Aleena had completed a legal practice course this year. She had only recently started working for the Crown Prosecution Service and planned to complete her two-year work placement in order to become a fully qualified solicitor.

Outside court, Aleena’s aunt, Farah Naz, said of McSweeney: “His extreme indifference towards Zara’s life and to the law makes him a very dangerous man. We have some retribution but no peace.”

“Zara’s life was senselessly and brutally crushed. Today like every day we live with the horror Zara was forced to face,” Naz added.

The murder came nine months after Sabina Nessa, a 28-year-old primary school teacher, was bludgeoned to death as she walked through a park in southeast London after dark.

In March 2021, Sarah Everard, a 33-year-old marketing executive, was abducted, raped, and killed by a serving police officer, Wayne Couzens, as she walked home from a friend’s house in south London.

After Everard’s murder, women demonstrated against violence by men.

After Couzens was given a whole life sentence in October 2021, North Yorkshire’s Police and Crime Commissioner, Philip Allott, was forced to resign after he appeared to blame Everard for going with Couzens after he claimed he was arresting her for breaking COVID-19 lockdown rules.