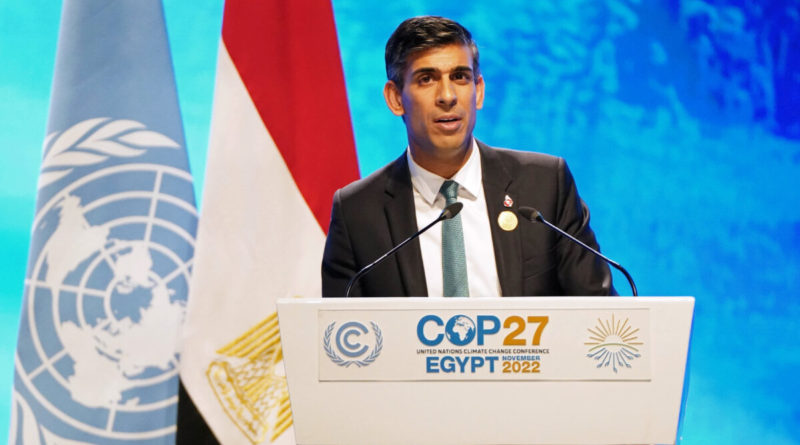 
UK Prime Minister Rishi Sunak has said that “more must be done” on climate change, after a last-minute deal was reached at the COP27 climate summit in Egypt.

Officials and negotiators agreed a deal in the early hours of Nov. 20 to create a fund to “compensate” poor nations that claim to be victims of climate change.

Sunak, who attended the summit earlier this month after originally deciding not to attend, said in a brief statement, “I welcome the progress made at COP27, but there can be no time for complacency.”

He said it is “vital to the future of our planet” to keep the “1.5 degrees commitment,” which comes from the Paris Agreement, the global treaty on climate change negotiated in 2015.

“More must be done,” said the prime minister.

The main opposition Labour Party was not satisfied with the deal and the government’s performance at the summit.

Labour’s shadow climate change secretary Ed Miliband accused countries of “kicking the can down the road” and criticised the “complete absence” of leadership from Sunak at the summit.

Since he became prime minister on Oct. 25, Sunak has been sending mixed signals about his government’s energy and climate policies.

The new prime minister restored the moratorium on fracking only weeks after his predecessor Liz Truss’s government lifted the ban. But he demoted COP26 President Alok Sharma and climate minister Graham Stuart, who have been stripped of their Cabinet seats.

Sunak initially decided not to attend the COP27 summit. Downing Street said at the time that this was “due to other pressing domestic commitments including preparations for the autumn budget.”

But he took an abrupt U-turn after coming under pressure from climate activists, opposition parties, and some Conservative MPs including his former boss Boris Johnson, for his planned absence.

Sunak announced on Nov. 2 that he would be attending the summit after all, saying on Twitter: “There is no long-term prosperity without action on climate change. There is no energy security without investing in renewables.”

Downing Street explained that the prime minister changed his plans after “making good progress” on the autumn budget.

Despite statements from both the government and the opposition supporting more measures on climate, a Conservative MP admitted that some taxpayers may hold different views at a time when British households are struggling with a soaring cost of living.

Talking to the BBC, Matt Warman signalled that some of his constituents would have concerns about the fact that taxpayers’ money has helped fund parts of the deal on “compensating” poor countries.

“This couldn’t come at a worse time, from the point of view of the hard-pressed public,” he said.

He said that there is a broad consensus on tackling climate change among politicians, but added: “That doesn’t change the fact that there are large numbers of people who feel that either they’re not convinced or that it’s not fair. And so I think winning the public relations battle around that is going to be more important than ever.”

Staffer from Australia’s One Nation Party Charged with Fraud 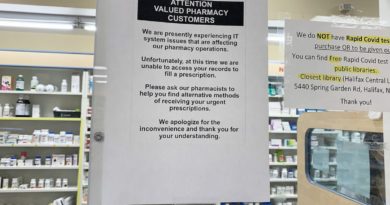