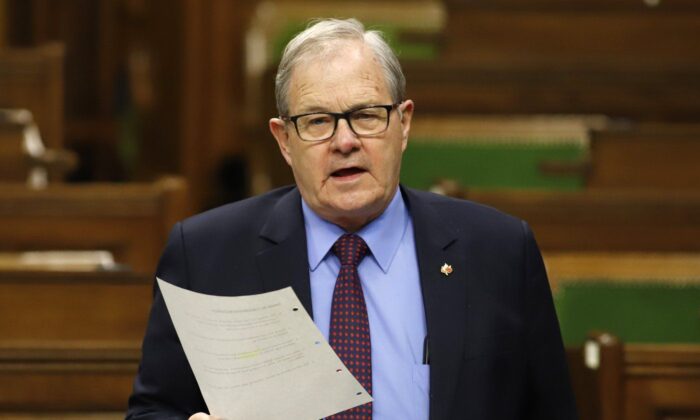 Minister of Veterans Affairs and Associate Minister of National Defence Lawrence MacAulay rises during question period in the House of Commons on Parliament Hill in Ottawa, Mar. 25, 2022. (The Canadian Press/ Patrick Doyle)

In a letter to Prime Minister Justin Trudeau, the Union of Veterans Affairs’ Employees says it has lost faith in MacAulay for repeatedly refusing to meet to discuss their concerns.

Those concerns include a $570-million contract the department recently awarded to an outside company related to rehabilitation services for veterans.

While Veterans Affairs says the contract will help veterans and employees alike, the union’s national president Virginia Vaillancourt says it will have the opposite effect.

Vaillancourt also took issue with the government’s continued reliance on temporary staff to address backlogs and other challenges, in contrast to repeated calls from the auditor general and others for more permanent employees.

MacAulay’s office did not immediately respond to requests for comment.

A Global Digital ID Can Surely Protect Us From Cyberattacks, Right?