Sunny Cheung Kwan-yang, an advisor to the Hong Kong Democracy Council (HKDC), living in exile in the United States and wanted by the Hong Kong regime, was harassed by “Little Pinks” (pro-CCP Chinese) when he gave a speech at the University of Southern California on Oct. 3. It is reported that the Chinese Communist Party (CCP) asked the university to cancel the event, but the school refused.

Some scholars have pointed out that the CCP has upped its attempts at intimidation because it knows the influence of the words and actions of the expatriate Hong Kong people throughout the world.

The event was titled “In Defense of Democracy: an Insider View on Hong Kong Protests from Student Leader Sunny Cheung.”

A staffer of the Chinese embassy called on the eve of the event to ask the dean of the law school to cancel the talk, claiming “the university should not invite a ‘wanted criminal,’ who pretends to be democratic and free, to give a speech,” but the dean refused the request on the grounds of academic freedom.

The CCP sent people to the event to harass Cheung during his speech by using a provocative tone to question the violence of the Hong Kong protesters, and calling their actions terrorism. Some violated the organizer’s regulations by secretly recording the event and uploading it to WeChat (Chinese social media).

The Dean of the Law School attended the speech and the President’s Office sent people to watch over Cheung in case incident control was needed.

Cheung criticized the CCP for using invasive wolf warrior diplomacy, and for believing that it could interfere with the independence and academic freedom in America. He believes that embassies around the world will abide by local cultures. The CCP’s defamatory actions however, will only arouse international backlash.

Cheung appreciates that the school withstood the pressure from the Chinese side and significantly strengthened security during his speech. He also hopes that American colleges and universities can continue to uphold academic freedom, and that the American government will face up to the problem of CCP authoritarianism.

Cheung said the CCP was trying to cast a psychological shadow on the audience, and wanted to influence students from Hong Kong and the Chinese students who support Hong Kong democracy.

Other Speeches by Cheung

Cheung recalled that when he gave a speech at Pomona College in California on Sept. 29, some pro-CCP Chinese exchange students hung the CCP flag outside the venue.

According to his testimony before the Congressional-Executive Commission on China (CECC) Hearing on “Protection from Persecution: Establishing Humanitarian Pathways for Hongkongers and Uyghurs” Cheung said that the social movement in Hong Kong in 2019 was changed from the original anti-extradition protest to an anti-authoritarianism movement. They fought for the freedom and democracy of Hong Kong and the world. They were on the front line, countering the aggression of the CCP.

On Oct. 7, Cheung made a speech for the University of Southern California (USC), Claremont College, and The Southern California Taiwan Center, in which he explained the background of the pro-democracy movement in Hong Kong, the controversy over the legal system under “one country, two systems,” the phenomenon of identity politics in Hong Kong, and the strategic status of Hong Kong under the conflict between the United States and China, to let the audience understand the story of Hong Kong’s democratic movement.

Many students, professors, and deans attended the event and asked questions. Cheung said the number of people in attendance and their responses far exceeded his expectations. The university organizer even said that it was one of the most well-received events in recent years.

On February 12, Nathan Law Kwun-chung, one of the Hong Kong pro-democracy activists nominated for the Nobel Peace Prize, and a former member of the Legislative Council, now in exile, gave a speech at Durham University in the United Kingdom. When Durham Stands With Hong Kong (DSWHK), a Hong Kong student-led group in the UK, and organizer of the event, promoted the event online, many “Little Pinks” left messages insulting and intimidating the organization and cursing the participants for being cockroaches. Some even claimed that there would be ten times more Chinese students than Hong Kong students at the event. In the end, the organizer notified the school to tighten its security.

In an interview with The Epoch Times, Dr. Benson Wong, former assistant professor of politics and international relations at Hong Kong Baptist University, said that the CCP knows that the Hong Kong expatriates all over the world are invited by universities or government officials to give public speeches, during which they directly unveil the CCP’s suppression and dirty tricks.

With the increase in Hong Kong people permanently emigrating and the cooperation between them and other groups persecuted by the CCP that has attracted the attention and involvement of local government officials and parliamentarians, the CCP continues to increase its attempts at intimidation.

Wong believes that in recent years, relevant polls have shown that people in various countries have a negative perception of the CCP, to which the intimidation by Chinese embassies and “Little Pinks” has contributed.

Continues Lobbying in the US

Sunny Cheung served as the vice president of the Hong Kong Baptist University Student Union in 2015. During the 2019 anti-extradition movement he served as the spokesperson for the Hong Kong Higher Institutions International Affairs Delegation, went to many countries to promote and lobby for the legislation of the “Hong Kong Human Rights and Democracy Act,” and strived to sanction relevant officials of the CCP and the Hong Kong government. In 2020, he founded a social movement group “Network DIPLO;” in July 2020, he participated in the Hong Kong legislature election, which originally received the second highest voter support, but the Hong Kong authorities later used the Emergency Regulations Ordinance to suspend the electoral process and postpone the election for one year.

On Aug. 15, 2020, Cheung revealed on Facebook that he had left Hong Kong. The next day he announced that he had applied to the U.S. government for political asylum and had been accepted in a master’s program at Johns Hopkins University, Maryland.

In Hong Kong, Cheung was charged with “knowingly participating in an unauthorized assembly” and “inciting others to participate in an unauthorized assembly” for his participation in the 2020 Candlelight Vigil commemorating the June 4 Massacre (the 1989 Tiananmen Square protests and massacre in China). He fled Hong Kong in August 2020. Cheung was absent from the hearing, and an arrest warrant was issued by the Hong Kong authorities in September 2020.

In December 2021, he publicly called on Hong Kong citizens to boycott the election of the Hong Kong Legislative Council. 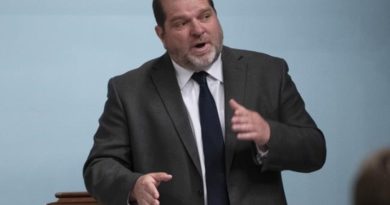