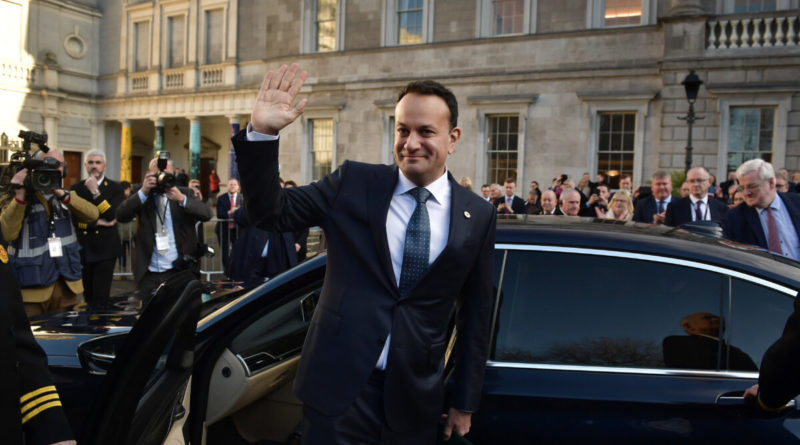 
Leo Varadkar has become taoiseach, or prime minister, of the Republic of Ireland for a second time as part of an historic coalition reshuffle.

Varadkar, who held the role of taoiseach from 2017 until 2020, remains one of the country’s youngest leaders at the age of 43.

The rotation of the taoiseach role is part of the unprecedented deal that paved the way to the three-party governing coalition formed in June 2020.

The two centre-right parties, Fianna Fail and Fine Gael, which emerged from opposing sides of Ireland’s Civil War in the 1920s, have held power since the formation of the state.

The current coalition is the first time the two Civil War parties have gone into power together.

Following the deal, the Fine Gael leader had to learn fast to play second fiddle to Fianna Fail leader Micheal Martin as he donned the hat of Tanaiste (deputy premier) for the last two-and-a-half years.

He said Martin had been a good taoiseach through difficult circumstances, including the later stages of the pandemic and the war in Ukraine.

“He has been a voice for decency, kindness, and for common sense,” he told Fine Gael members. “We thank him.”

Varadkar inherits many of the same issues that existed when he left the taoiseach’s office in 2020, including the housing crisis which continues to be a thorn in the government’s side.

He led the country through the first stages of the COVID-19 pandemic and decided to put the country into a number of lockdowns.

He was praised after he re-registered as a doctor and returned to work one day a week while remaining taoiseach.

In 2019, his meeting with then-UK prime minister Boris Johnson helped secure a Brexit trade agreement for Northern Ireland, breaking a long deadlock on the issue.

But the protocol deal which emerged from the talks caused controversy in Northern Ireland and cast Varadkar as a polarising figure north of the border.

He was widely criticised after using the story of an IRA bombing of a customs post to emphasise the importance of the border issue to EU leaders in 2018.

Varadkar took a copy of an Irish newspaper, which featured the story of the IRA blast, which killed nine people in August 1972, to a summit dinner.

Many unionists hit out at the move and accused him of raising the threat of violence if border controls were introduced between the jurisdictions.

In addition to his difficulties north of the border, Varadkar also faces a tough period ahead as he tries to steer the Republic through a cost-of-living crisis.

Varadkar has also had a colourful tenure as Tanaiste and has not been without controversies.

In July, he was told he will not face prosecution over the leaking of a government pay deal for GPs to a friend in 2019.

The investigation loomed over his return to power but the decision of the director of public prosecutions not to pursue the matter cleared his way back to the Taoiseach’s office.

Meanwhile, at the party’s Ard Fheis, Varadkar pledged the coalition will work to protect the squeezed middle and vulnerable from increased living costs over the next two years.

He has also pledged to ensure young people can own their own homes, deliver for rural Ireland and farmers, build strong and safer communities, and provide the best start for every child.

He also reiterated his long opposition to working with Sinn Fein and promised to grow the centre-ground following the last general election, which saw Fine Gael, Fianna Fail, and Sinn Fein win similar levels of support.

Describing Sinn Fein as an “ultra nationalist, radical left, populist, euro-critical party”, Varadkar said the party’s policies would be a “disaster for Ireland”. 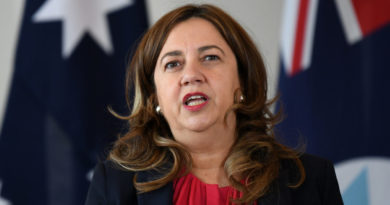 Queensland Government Changes Laws to Crack Down on Youth Crimes