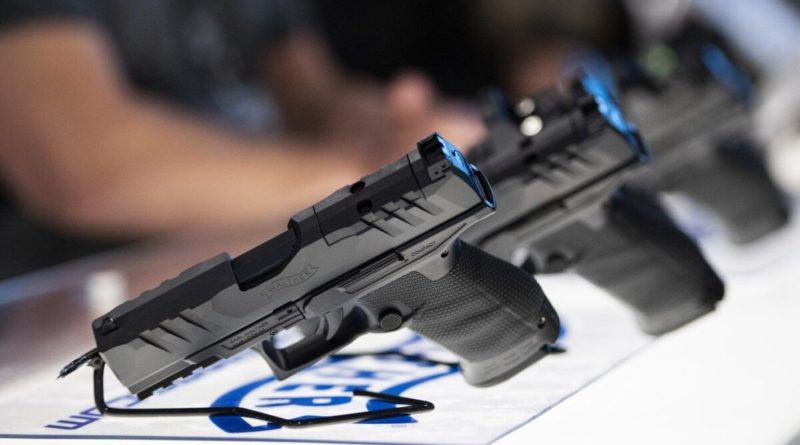 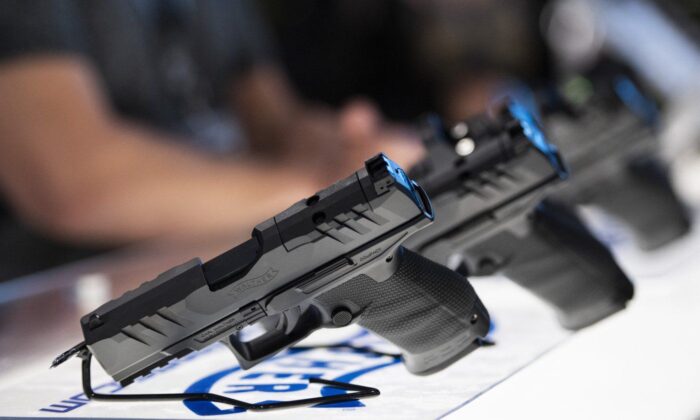 A Walther PDP pistol is seen at the booth of an exhibitor that provides weapons to government, military and law enforcement clients, at the CANSEC trade show in Ottawa, on June 1, 2022. (The Canadian Press/Justin Tang)

According to Statistics Canada, violent crime in general went up four percent, but a decrease in firearm-related crime in urban areas, including Toronto, led to the drop in violent crime with guns.

In Toronto, the rate of firearm-related crime was 22 percent lower in 2021 than the year prior.

However, across the country the rate of firearm-related violent crime was 25 percent higher than 10 years earlier.

The agency says handguns were involved in 54 percent of violent crime with firearms, making them the most-used firearm in violent crimes last year.

MPs are studying legislation to further restrict the availability of what the government considers assault-style firearms, and federal regulations aimed at capping the number of handguns in Canada are already in effect.

When ‘Wokeness’ Impacts Our Health and Safety