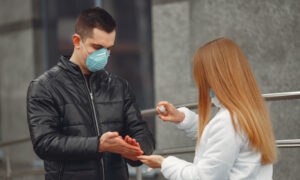 As explained in the video below, viruses are recognized by the immune system via small segments (or epitopes) of their antigens (which can be compared to a set of clothing), and once we have immunity through vaccination or previous infection, our immune systems are able to quickly identify those antigens and neutralize the virus, preventing severe disease and death.

When a new variant emerges, it retains most of its epitopes, even though it has ‘changed its clothes’ a bit via mutation. And when confronted with a variant, the remaining familiar epitopes are sufficient for our bodies to recognize the virus and trigger the immune response that protects us. It’s highly improbable that the virus would change so much as to become unrecognizable.

What about Case Increases?

It is important to note that the role of seasonality has been largely (and inexplicably) ignored when discussing case increases. Seasonality is almost certainly responsible for seemingly sudden increases in cases, rather than the emergence of new variants. This is because seasonal features dictate the threshold of herd immunity necessary to prevent increases in infection.

What herd immunity does with respect to variants is create a competitive environment between them in which even the slightest increase in transmissibility can cause one variant to dominate the others. A shift toward one dominant variant does not indicate that the dominating strain is significantly or concerningly transmissible. Keep in mind that the dominant variant might not be more transmissible at all. Other factors – some as simple as mere chance – can influence which variant dominates in a given location.

We must avoid assuming that just because a variant dominates, it is significantly more transmissible.

There tends to be a trade-off between transmissibility and virulence. In general (but not exclusively), more virulent diseases have less opportunity to transmit because they kill or debilitate their host before they can pass the virus on. In other words, it is often of evolutionary benefit for a virus to keep its hosts alive and avoid becoming more virulent. But if what makes a virus more virulent also increases its transmissibility, then natural selection will favour the more virulent variants. However, it is very unlikely that SARS-CoV-2 will morph into a significantly more virulent virus.

What Should We Do?

The presence of variants with slightly increased transmissibility, or slightly increased virulence, should not change how we deal with the virus. Viral variants are expected, and the most likely outcome is that COVID-19 will settle into a seasonal pattern of ebb and flow, like most other respiratory viruses. The virus may find one optimal variant and stick with it or switch back-and-forth between several dominant strains. Still, the important thing to remember is that both natural immunity and vaccine-induced immunity are very likely to protect us from severe disease and death, regardless of which variant dominates at any given time.

This article was originally published by Collateral Global.

Supercharging Your Food With Essential Oils