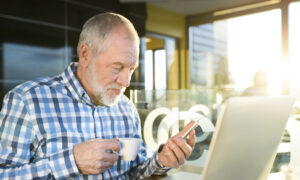 Many people like direct-to-consumer (DTC) “ask your doctor” drug ads on TV.

They enjoy the drama of the mini “sitcoms,” such as a woman with severe asthma who can finally go out again or a man whose depression lifts, and he starts playing with his puppy again. People can feel empowered by knowing the symptoms of diseases they might have and the treatments available—information that only doctors used to have. Few are dissuaded by the long list of drug side effects, such as “low white blood cell counts that may cause serious infections and death” or “severe inflammation of the lungs that can lead to death.”

DTC ads have become a mainstay for news and entertainment media outlets, constituting a big part of their advertising revenue. And of course, DTC ads and their related online “symptom checkers” have arguably been the biggest boon for drug makers ever—pharma companies increased their advertising fivefold in the decade after DTC advertising began in the United States in 1997, spending $5.4 billion in 2007, according to the Boston Globe. Rather than relying solely on sales reps to sell a drug to harried doctors, drug makers have enlisted suffering patients to “sell” the drug after seeing a DTC ad by asking a doctor for it.

Many drugs that people take daily in the United States—from statins to acid-reducing proton pump inhibitors (PPIs) to SSRI antidepressants—owe their success and name recognition to DTC advertising. No other country except New Zealand allows it. In fact, in 2022, Georgetown University reported that 66 percent of the U.S. population takes prescription drugs, and Aging Care reported that 39 percent of seniors take five or more prescriptions per day.

Some doctors and medical groups oppose DTC advertising. In 2015, the American Medical Association (AMA) called for a ban on consumer ads. The vote at the Interim Meeting of the AMA reflected “concerns among physicians about the negative impact of commercially driven promotions, and the role that marketing costs play in fueling escalating drug prices,” AMA Board Chair-elect Dr. Patrice A. Harris said.

“Direct-to-consumer advertising also inflates demand for new and more expensive drugs, even when these drugs may not be appropriate,” Harris said.

Drug prices have gotten so high that in 2019, the U.S. House Committee on Oversight and Reform launched an investigation into the pricing practices of 12 drug companies that sell the most costly meds. In 2021, the committee zeroed in on AbbVie’s blockbuster Humira, as its price has been raised 27 times, costing $2,984 per syringe this past May, or $77,586 per year. AbbVie also did well during the COVID-19 pandemic—making $1.3 billion in the second quarter from COVID-19 test sales.

There are other reasons besides cost that make some question DTC advertising. Can a public that lacks medical training really judge the appropriateness of a treatment? And are the ads, so full of “spin,” even truthful? Certainly exaggeration and untruths happen. In the four years after DTC started, the Food and Drug Administration wrote 564 letters to drug makers charging them with “false, misleading, or unsubstantiated drug claims; inadequate, incorrect, or inconsistent labeling information; omission or minimization of side effects; unsupported superiority claims; and promotion of off-label uses.”

Other critics of DTC ads have accused them of “disease mongering”—that drug makers are expanding markets for new products by extending the boundaries of treatable illness.

In a Hofstra University law school paper, Dr. Marvin M. Lipman wrote: “We all know that, for many illnesses, especially those for which no tell-tale markers exist, there is a huge gray zone between the normal and the abnormal. Bipolar disease, attention-deficit hyperactivity disorder, restless-leg syndrome, erectile dysfunction, and premenstrual dysphoric disorder are good examples of ‘diseases’ … [that are] fair game for pharmaceutical hucksterism to persuade people with barely a suggestion of one of those disorders to demand a prescription for the advertised drug.”

Some have objected to the changed dynamics between a doctor and patient that DTC advertising creates—sometimes reducing a doctor to an “order taker” or “gatekeeper” despite his or her superior knowledge compared to the patient.

DTC advertising also creates pressure on doctors to comply with patient demands because they—and the institutions they work for—want to keep patients and make them happy. Thanks to DTC ads, some medical schools have had to offer “refusal skills” training for practitioners to cope with self-diagnosing patients who demand a drug on the basis of a TV commercial, sometimes clutching a coupon.

Unbranded Ads—Selling a Disease Not a Drug

All advertising relies on subliminal messages and innuendo, but selling prescription drugs is a lot more consequential than selling shampoo—it can lead to overdiagnosis, overutilization of the health care system, and overtreatment. Ads that “raise awareness” of a disease are especially problematic; called “unbranded” advertising, they don’t mention the name of the drug being marketed and can appear to be important messages from the government, perhaps the Centers for Disease Control and Prevention (CDC).

Patients may “not be able to attribute that this information is coming from a company with a clear profit motive,” according to Ameet Sarpatwari, an epidemiologist at Brigham and Women’s Hospital and, since no drug is mentioned, neither are the drug risks and side effects outlined.

One example of a well-funded unbranded drug campaign is the drug company AbbVie’s promotion of awareness for exocrine pancreatic insufficiency, which it dubs “EPI.” No doctor I’ve interviewed has treated someone with EPI, yet the ads imply that the condition is a major public health issue.

After many radio ads—including one with a man and woman suggestively asking in unison “Could I have EPI?”—a drug that treats EPI was rolled out. This is commensurate with the unbranded advertising game plan of establishing “demand” prior to marketing the related drug. Creon, the EPI drug that contains pancreatic enzymes, can cost “upward of $1,000 per refill,” according to SingleCare, a price comparison site.

Unbranded drug ads can also use scare tactics. To sell a heart drug, an unbranded Novartis TV ad depicts a man with rising waters around his armchair and the narrator saying, “With heart failure, danger is always on the rise. … About 50 percent of people die within five years of getting diagnosed.”

Drugmakers have hired many celebrities as pitch people, and the campaigns are also often unbranded. Tennis star Monica Seles raised awareness for “binge eating disorder,” Marcia Cross has done so for migraine headaches, and race car driver Danica Patrick has done so for chronic obstructive pulmonary disease. Other endorsers have included singer LeAnn Rimes raising awareness of eczema, Paula Deen doing so for diabetes, and Adam Levine, the lead singer of Maroon 5, doing so for ADHD.

Sarah Jessica Parker stumped for Mylan’s EpiPen in an unbranded “Anaphylaxis: for Reel” awareness campaign, CBS news reported (though the actress resigned the account when the pen’s price went from $100 for a package of two to around $600 in 2016). Kathleen Turner, star of the movie Body Heat, plugged the arthritis drug Enbrel on CNN, not disclosing that she was actually a paid spokesperson.

Because DTC advertising is a cash cow for media outlets and drugmakers, it’s not likely to go away anytime soon—despite the concerns of doctors and the AMA itself. However, the many people now taking prescription drugs for diseases that they weren’t aware of before DTC advertising shouldn’t blind us to the significant effects of this powerful mode of advertising.

How to Protect Your Health From Glyphosate