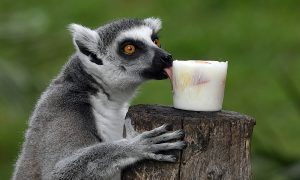 A new paper in Nature Communications has shed light on the mechanisms that may link yogurt consumption to a lower incidence of type 2 diabetes.

Through studies on a mouse model of obesity-related type 2 diabetes, researchers found that mice fed a yogurt-heavy diet had better insulin sensitivity and preserved glucose homeostasis, setting them apart from mice on a similar diet that lacked yogurt.

The investigators determined that the yogurt-consuming mice had healthier livers than those other mice. Notably, their livers showed less fat buildup, or steatosis, which is common in people with type 2 diabetes.

The team’s most striking and original finding, however, concerned three liver metabolites belonging to a class known as branched chain hydroxy acids (BCHAs).

“[BCHAs] result from the action of yogurt lactic bacteria on naturally occurring amino acids in milk,” said co-lead author André Marette, who serves as a professor at Université Laval’s Faculty of Medicine and a researcher at the Québec Heart and Lung Institute.

BCHA levels were higher in the mice that consumed yogurt. What’s more, while obesity curbed BCHA production, yogurt consumption staved off some of that decrease.

These trends led the article’s authors to wonder if BCHAs were responsible for yogurt’s desirable metabolic effects.

They tested this by studying the direct effects of BCHA on liver and muscle tissue outside the animal (in vitro).

BCHAs modulated glucose metabolism in both types of tissue, supporting the theory that BCHAs influence the metabolic processes that can give rise to type 2 diabetes.

“To the best of our knowledge, this is the first study reporting that obesity is linked to reduced levels of all three BCHA in the plasma and metabolic tissues. The levels of these metabolites were, in addition, negatively associated with plasma glucose as well as liver triglycerides, suggesting that they are novel biomarkers of metabolic and liver health,” the authors wrote.

“BCHA are found in fermented dairy products and are particularly abundant in yogurt. Our body produces BCHA naturally, but weight gain seems to affect the process,” said another of the article’s co-authors, Hana Koutnikova of the food company Danone Nutricia.

Other researchers contacted by The Epoch Times commented on the importance of the research.

Barengolts was previously affiliated with the University of Illinois Chicago, where she led a meta-analysis, or a pooled study of multiple separate studies that showed probiotic yogurt was not superior to regular yogurt for patients with diabetes or obesity.

“Further work, as always, is necessary to convert these novel mechanistic data into novel treatments of obesity and diabetes. However, yogurt and other fermented milk products—kefir, for example—could be recommended as part of a diet aimed at preventing and/or treating obesity and [type 2 diabetes].”

“This is a very interesting study,” said Bradley W. Bolling, an associate professor in the Department of Food Science at the University of Wisconsin, Madison, in an email interview. Bolling has conducted research on the relationship between yogurt, obesity, and gut health.

“We don’t yet know how these results from mouse studies will translate to humans,” he added. “I think it is safe to recommend yogurt consumption on the basis of its nutrient-density. However, we need to be careful not to promise any type of direct metabolic outcome in those that eat yogurt as more evidence is needed.”

Diabetes and many other chronic diseases are on the rise worldwide.

While 108 million people across the planet had diabetes in 1980, that number almost quadrupled by 2014, reaching 422 million, according to the World Health Organization—a rise greatly outpacing the overall population increase during that time, from 4.46 billion in 1980 to 7.3 billion in 2014 according to Worldometer.

Diabetes is a leading cause of death around the world and in the United States, costing 102,188 lives in the U.S. in 2020 as reported by the Centers for Disease Control and Prevention.

Herd Immunity Against COVID-19 ‘May Not Be Possible’: CDC