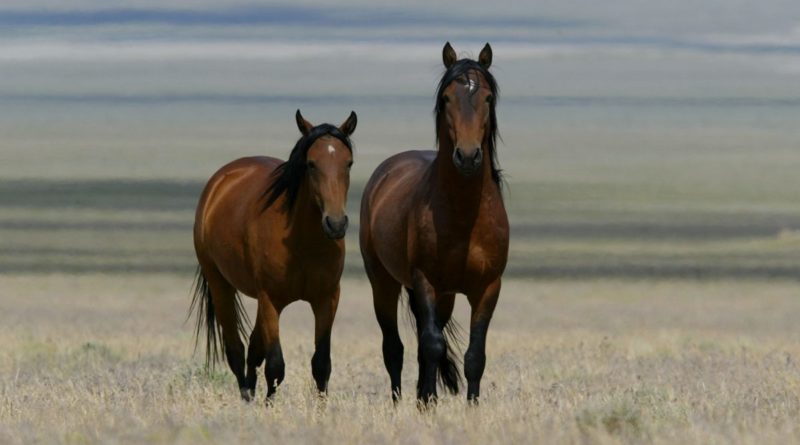 
Wyoming lawmakers have introduced a bipartisan resolution requesting the U.S. Congress make the slaughter of wild horses and burros legal in the United States.

The meat would be available for sale in America and foreign markets.

Animal welfare groups are unhappy about the move.

President of the Salt River Wild Horse Management Group Simone Netherlands says, “We’re appalled because there is no [simple] humane way to slaughter a horse. It takes precision to do it humanely.”

Dr. Joanna Grossman, equine program manager and senior adviser for the Animal Welfare Institute (AWI) adds, “The torment horses endure en route to and at the slaughterhouse is well-documented.”

Such practices would include slaughtering them and processing their meat for sale.

Under the federal Wild Free-Roaming Horses and Burros Act of 1971, it is illegal to indiscriminately kill these animals, considered living symbols of the nation’s pioneer West.

The U.S. Bureau of Land Management (BLM) manages free-roaming horses and burros under the Federal Land Policy and Management Act to balance available natural resources, which is “critical to protect scarce and fragile resources in the arid West” and ensure healthy wildlife and livestock, the resolution states.

It adds that balancing natural resources is only possible with responsible wildlife management.

It says wild horses, in particular, “unduly infringe upon other uses by damaging riverbeds and overgrazing on limited forage while using and often damaging the infrastructure of other public land users.”

“With virtually no natural predators, wild horse and burro populations can double every four to five years if left unchecked,” the resolution adds.

The 1971 Act requires federal agencies to conduct periodic counts of wild horse and burro populations to determine what the resolution says are “appropriate management levels” balanced against existing environmental conditions.

The law provides for the humane capture, removal, and disposal of excess livestock using methods including a public sale, adoption, or euthanasia.

According to the American Society for the Prevention of Cruelty to animals, in 2021, approximately 23,000 horses were brought into the United States to be processed for human consumption even though 83 percent of Americans support a ban on horse slaughter.

“Until this practice is banned and Congress passes a law against slaughter here in the United States, no horse is safe,” the ASPCA said on its website.

However, the BLM and Forest Service claim they are increasingly unable to manage wild horse and burro populations due to significant increases in their numbers.

The resolution states that other problems associated with management of livestock include difficulty in adopting or selling the animals, lack of effective birth control, and lawsuits blocking their removal.

Grossman said the Wyoming, unlike an actual bill before Congress, is meant to express an opinion on a specific issue.

Either way, AWI is opposed to slaughtering horses for human consumption—”both wild and domestic,” Grossman said.

“There are serious and systemic welfare concerns associated with horse slaughter, which is entirely distinct from and should not be conflated with euthanasia–when an animal is humanely and expeditiously put down, typically for medical or health reasons,” Grossman told The Epoch Times.

“There’s no need to subject horses to such mistreatment, and the market for horse meat is nonexistent in the United States,” she said.

“To claim that there’s an overpopulation crisis with wild horses is disingenuous at best considering the massive number of livestock animals grazing on the range.”

In Arizona, the fate of wild Alpine horses roaming the Apache-Sitgreaves National Forests has been at the forefront of a controversy pitting horse advocacy groups against ranchers and the regional Forest Service.

Simone Netherlands, president of the Salt River Wild Horse Management Group in Prescott, Arizona, said the last U.S. slaughterhouse closed in 2007 due mainly to inhumane methods of killing and processing.

Netherlands said her group is vehemently opposed to any legislative effort to legalize the slaughter of wild horses and burros for sale in the open market.

In early October 2022, Alpine Wild Horse Advocates group members made a gruesome discovery of more than 15 free-roaming horses that had been shot and killed in the Apache forest. Recent discoveries put the number at more than 40.

While about 140 out of the original 400 Alpine horses remain free, many have been sold by the Forest Service and placed in private ranches and sanctuaries throughout Arizona.

The Forest Service has designated the wild horses as unauthorized livestock. As such they are not protected under the 1971 act.

Netherlands said Americans do not eat horse meat today because they don’t like the taste and feel it’s not healthy to eat.

At least three animal welfare groups have come out against consuming wild or domesticated horse meat in the U.S. as potentially toxic.

In a joint statement titled “Toxicity of Horse Meat,” the AWI, The Humane Society, and the ASPCA say horse meat is “unfit for human consumption” since it contains many drugs regulated by the federal government. One such drug is Phenylbutazone, or “Bute,” a pain reliever linked with potentially fatal human illnesses.

The statement said resuming horse slaughter in the United States would result in the “regular sale of meat containing harmful additives, which is not only adulterated according to federal law but also has the potential to cause significant consumer harm.”

Netherlands told The Epoch Times her group is “appalled” at the Wyoming resolution seeking to legalize wild horse and burro slaughter.

How to Get Your Estrogen Back on Track Naturally 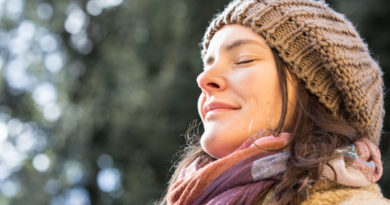 Getting Outside Could Improve Your Sleep