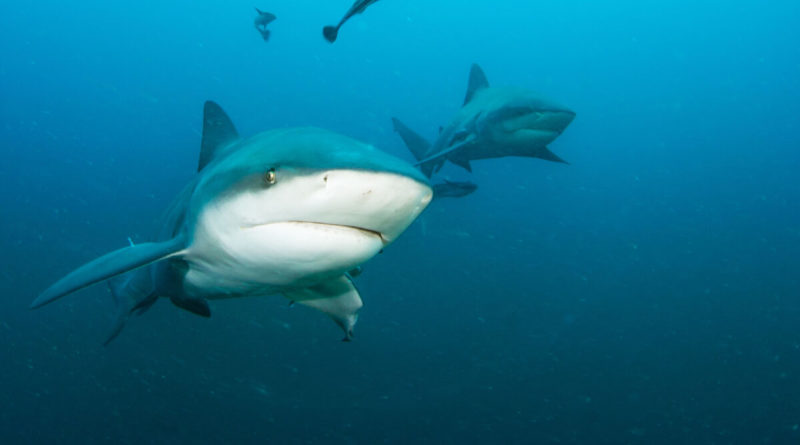 The “bucket-list” trip to Bimini called for stops for conch fritters, a tour of the Dolphin House Museum — and a boat tour, “where we go swimming with reef sharks.”

So, the last time I went swimming near a reef, I saw a shark. A big shark.

So big, I had not been swimming near a reef, or even an ocean, since then. “Then” being about 25 years ago. (Just checked the calendar. Yes, that long.)

Don’t get me wrong, I loved the “swimming with reef” part. Not so much the “shark” part.

I’d just dropped over the side of a dive boat anchored near White Banks Dry Rocks in John Pennekamp Coral Reef State Park off Key Largo. I finned in close to the reef, pulled my mask and snorkel over my face and dove about 10 feet down to the white sandy bottom.

It was beautiful there. So beautiful, if I hadn’t been wearing a snorkel, I might have gasped.

The sun was high, and the light filtered straight through water the color of an aquarium. I watched schools of tropical fish sway and squirt through the coral formations. I’d been snorkeling before, but never this deep or far from shore. I loved the feeling I’d floated into a new world.

I went up for air, took a deep breath, and eagerly dove back — scanning for even more vibrant life among the coral. Everywhere I looked was something I’d never seen before.

Then I saw something bigger than I’d ever seen under the water, scything toward me on the far edge of the reef.

I’d seen pictures of sharks before, and I was pretty sure I could scratch nurse, tiger and hammerhead sharks from the suspect lineup here. The one in front of me was different from those sharks, shaped like a muscular gray torpedo, with sharp triangles of fins jutting atop, along the sides and down to the tail. I wouldn’t pick bull shark out of the lineup — spoiler alert — until much later, and I’m still not sure how big it was. I know they say everything looks bigger underwater, so I can only conservatively estimate the shark coming toward me was 200 feet long.

OK, maybe 300 feet. Conservatively. Certainly bigger than any predator I’d ever been 20 feet away from, in the sea, land or air. Unless you count the auto-loan guy.

My first impulse was to go deep, move close to the reef and try not to appear to be any part of the food chain. But that was only going to work so long because of the pesky air problem separating me from the rest of the items on the buffet line.

I moved closer to the reef, held the outer limit of my breath — and watched the muscle-bound torpedo turn its snout (and mouth!) toward me. Then, just as it got close enough for me to see into its eye, it turned and powered away. Just like that, nightmare over!

Unless that meant it had started to circle me? I tried to remember everything I’d ever learned — mostly from the definitive reference, “Jaws” — and to ascend calmly without making any “Yo, sashimi over here!” splashing movements. I broke water, gasped a deep breath and started finning as microscopically as possible toward the dive boat, worried the shark was going to come up for me just like it did for poor Chrissie Watkins, the first victim in “Jaws.”

It’s not so much what you see as what you can’t see that makes swimming in the ocean with an apex predator so unnerving. And the few more yards I swam without looking into the water were the longest I can remember. Finally at the ladder on the side of the dive boat, I pulled up my mask, spit out the snorkel and kissed the first rung before climbing out.

“Hey, why are you coming out so soon?” the dive boat captain boomed.

“Because there’s a big shark down there!” I said.

“Uh,” I said, motioning toward the reef. “Somewhere over there?”

And they jumped in! And there, friends, is the difference between people: Those who get out of the water when there’s a shark, and those who get in.

All people made it back to shore that day. The two guys were disappointed they missed seeing the shark. The dive boat captain — who, come to think of it, sounded a lot like Quint from “Jaws” — told me he was pretty sure the shark I saw was one they knew well around White Banks Dry Rocks because it only had one eye.

“He probably didn’t see you until he came right up on you,” he said. “You probably scared him, and he swam off.”

I scared him? Maybe, I thought. I only knew he scared me.

Enough to keep me out of the water — until my bucket-list trip to Bimini this past summer.

I worked up my nerve and dropped over the side of the boat anchored near the wreck of the SS Sapona, about 3 miles off the southern tip of South Bimini Island. Reluctantly, after 25 years.

I finned in close to the wreck, pulled my mask and snorkel down over my face and floated on a pool noodle with the current over the white sandy bottom below. Baby steps — did I mention the pool noodle? — because I wasn’t ready to dive just yet.

Don’t get me wrong, I loved the swimming with the wreck part. But for reasons I can’t really explain, I missed the “shark” part.

And I wondered if I was more like the two guys back on the dive boat 25 years ago than I knew.

A Guide to Dealing With Dissatisfaction With Ourselves 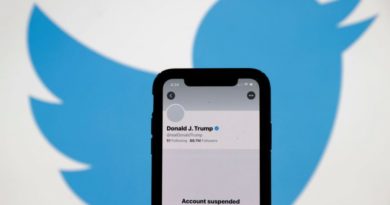